The portfolio of Hennessey Performance already contains the extremely capable Velociraptor 600 truck that you can easily take off-road, even for racing purposes. However, for the most demanding clients out there, the company now has a Sherco Edition of the pickup going, which comes with a pair of tuned motorcycles.

In case you forgot, the Velociraptor 600 commands 558 PS (550 hp / 410 kW), which in combination with intercooler, air intake, exhaust and other upgrades makes it nearly unstoppable on rough terrain. The new special edition adds a mount for a 19-liter (5-gallon) gas can, Brembo brakes all around and a rack for a couple of Sherco enduro bikes. You can go with the 300 SE model (2-stroke), the 300 SEF (four-stroke), or just order one of each for variety.

The bikes have also been tuned to improve heat dissipation, raise the compression ratio and better screen the rear rotor and the drivetrain from damage.

A year and a half ago, German tuner Mansory revealed that it was receiving requests from customers to produce a two-door modification of the Lamborghini Urus. It now turns out the company has been working on the project all along – and here is the result.

Dubbed the Venatus Coupe Evo C, the lively SUV lacks rear doors and has its b-pillar moved 200 mm (7.9 in) towards the rear end. The latter enabled stretching the front door by the same amount for convenience.

The rear arches were boldly flared and equipped with large air intakes, and ornamental trim pieces were applied to the c-pillars. Like the standard Venatus model that debuted a while ago, the Coupe Evo C has a front splitter, a rear diffuser and a large rear wing made from carbon fiber.

The whole cabin space looks is dominated by a vivid teal trim only mildly reined in by the white stitching and rare black accents. That said, nothing prevents you from ordering your own interior design. Oh, and you have to fold down the front seats in order to access the ones in the back.

Only eight such cross-coupes will be made in total, Mansory says.

Liberty Walk, an aftermarket company famous for its over-the-top JDM tuning projects, has come up with a pair of body kits for the technically identical Subaru BRZ and Toyota GR 86. You can buy the whole set for U.S. $12,980 or order individual parts.

The base shipment includes a front bumper with an impressively large splitter, side sill extensions and a pronounced rear diffuser. Everything is made from reinforced plastic and costs $4,400.

Throw in another $7,810, and you will be getting a fixed rear wing and fender flares. For $9,130, these are obtainable in carbon-fiber form. And if you would like the full set, do not forget to grab a ventilated hood as well.

Liberty Walk will be showcasing a fully tuned car (not sure which one, though) at the impending Tokyo Auto Salon. It will also be bringing along another crazy project – a remodeled Ferrari F40 supercar. With the production of the F40 discontinued three decades ago, the hype-loving company is bound to attract plenty of praise from some visitors and sharp criticism from others.

In January, Mecum Auctions will be selling one out of 13 RT12 R sports cars built by the famous aftermarket shop RUF seven years ago with the Porsche 911 as the starting point. Only two cars were commissioned with a RWD instead of AWD, including this example.

Elsewhere, the sports car features coilovers for suspension, centerlock wheels wrapped in Michelin Pilot Sport Cup tires and carbon-ceramic brake rotors with yellow calipers. The body looks fresh thanks to a new rear wing, side skirts and different bumpers at both ends complete with air vents for more efficient cooling.

Inside, the entire trim is new and a sight to behold. The seats have carbon-fiber frames and come wrapped in tartan fabric, while the rest of the cabin uses a combination of fine leather and Alcantara.

The two-door classic has over 180,000 kilometers (112,000 miles) on the odometer, but is still believed to be particularly valuable. The main reason is that it was designed by AMG back when it still was an independent tuning company and not a part of Mercedes.

Back in the 1980s, the Mercedes-Benz SL for the United States was known as a cruiser with comfy suspension, a couple automatic gearboxes to choose from and miserable amounts of engine power. AMG realized that there was a demand for sportier, faster modifications, but was ultimately able to build just eight such cars, equipping each with a powerful new engine and manual transmission. You can watch the video for another example.

As for the car on sale, it packs a 5.0-liter V8 with a modified header assembly and exhaust system. A Getrag transmission with close gear ratios carries 280 PS (276 hp / 206 kW) to the wheels through a limited-slip differential, allowing the sports car to hit a top speed of 250 km/h (155 mph).

Among other things, the tuned exotic benefits from Bilstein suspension components, 16-inch BBS multi-spoke wheels, and Recaro leather seats in the cabin.

This Lincoln Continental Mark II stretched limo emerged in the distant year 1956 and will be available for purchase in Arizona in January following a complete overhaul for the SEMA show seven years ago.

Responsible for the total transformation of the luxury car is a tuning shop named SIC Chops, which is based in the same state. Virtually the entire car has been upgraded from exterior through cabin to drivetrain. The body was stripped clean of details such as door handles and coated in gloss black. New bumpers were designed from scratch specifically for the build, and the roof lost 70 mm (2.7 inches) of height.

A Chevrolet auto transmission drives the rear wheels, powered by a humongous 8.5-liter Ford V8 built by Jon Kaase. The suspension and the brakes are state-of-the-art, and the exhaust system is mounted flush with the underbody.

Inside, there are Lexus leather seats with enhanced lateral support, digital gauges and a Kicker Q-Class audio system. Colorado Custom supplies the steering wheel and the four main wheels, too.

The seller claims there is an autograph of Mae West, a renowned American actress and singer, hidden under the trunk lid. As far as we know, there is no reliable evidence that the signature is genuine.

Before we start, it is worth pointing out that the team worked with an older Urus model. We were unable to find info on whether the more recent S or Performante models are supported as well.

Anyway, the kit includes everything you would expect to find in such a project – flared fenders, bulky and elaborate side skirts, a new hood cover, a three-piece tailgate spoiler, and a roof wing. Rounding off the look are black forged wheels and slammed suspension.

Renowned tuning company Ringbrothers hit this year’s SEMA show with a completely restored and modernized 1969 Chevrolet Camaro sending over a thousand horsepower to its rear wheels.

Most of the new bodywork is carbon fiber, and the car is 125 mm (5 inches) wider than stock. Low-slung side skirts, stretched hood and roof crease lend a healthy dose of sporty aggression to what is already a beautiful retro coupe.

For the engine, the tuner opts for a Chevy LS3 V8 modified by Wegner Motorsports. A Whipple supercharger along with a slew of other high-end components drive the output up to 1,024 PS (1,010 hp / 753 kW). A six-speed manual transmission carries the torque to the rear wheels, and powerful Baer brakes ensure that the power stays in check.

A peek inside the ’69 STRODE reveals Dakota Digital gauges stylized to look like classic analog instruments. The same applies to the HVAC system on board. Upholstery Unlimited was responsible for trimming the two seats inside, and the rear row went away to make room for a hand-made safety cage.

Ringbrothers said it had invested over 6,500 hours of intense work into the project. The involved costs were not discussed.

Most Mansory works are characterized by their sheer expressiveness and sporty aura, but the design house went in a slightly different direction with the opulent Rolls-Royce brand, betting on chic and flair.

The concept version of the tuning was revealed more than half a year ago (see video), but this is the first time we are seeing live pictures of a completed car. As you can see, the ultra-deluxe convertible flaunts a new front bumper, an added splitter and reshaped air intakes surrounded by Mansory’s signature ‘forged’ carbon fiber.

A glance from the side reveals side skirt extensions and quarter panel overlays. Black wheels with orange hubcaps look like a perfect match to the rest of the exterior. At the rear end, there is a modest-sized trunk lip alongside a diffuser and a different bumper.

In contrast to the almost understated exterior, the cabin comes trimmed with lively-looking orange leather. The seats have orange safety belts with Mansory lettering on them, and there are black accents strewn all around for some contrast. Unlike in most of its other works, the company actually goes for a more upscale look here, with finishes like piano lacquer used instead of forged carbon.

Few aftermarket shops may boast having Rolls-Royce in their supported brands list, but German tuner Mansory is among them. Their unique take on the Phantom is currently on sale for an eye-watering €975,000.

The elegant limo aesthetic is gone, replaced with a rather bold and aggressive sports car exterior. Starting with the nose, there is a new front bumper with enlarged air intakes, new LED DRLs, and a carbon-fiber front splitter. Supporting the look on the opposite end are a couple of spoilers and a rear diffuser with quad tailpipes sticking out of it.

A look at the arches reveals 24-inch DX5 forged rims with orange hubcap accents. Where the orange theme truly shines is the interior, though, with the steering wheel, the dashboard, the seats and the door cards wrapped in fine yellowish-orange leather. Accompanying it are piano lacquer accents and forged carbon details.

One might expect this one to be a purely stylistic makeover, but it goes farther than that. The engine under the hood boasts a carbon-fiber cover and pumps out 610 PS (602 hp / 449 kW), 40 horsepower more than stock.

Mansory rolls out a coupe-shaped Urus

Lamborghini Urus tries on yet another extreme-looking aero kit

Treat your eyes to the Ringbrothers ’69 STRODE, a 1,000-HP, carbon-bodied restomod

Rolls-Royce Dawn gets an elegant exterior, vivid interior from Mansory

This exclusive, Mansory-tuned Rolls-Royce Phantom can be yours for €1M

Car Tuning29-01-2023 12:30
Jaguar is getting ready to put a full stop in the history of the F-Type, but Piecha Design feels like keeping the classic coupe and convertible around for a bit longer.
Comments 1

Novelties29-01-2023 11:30
The latest generation of the Mazda2 subcompact is getting its second facelift on the domestic market: the pre-orders are already running, and the first shipments are set to begin in a few months.
Comments 1

Novelties29-01-2023 10:30
Chinese automaker Exeed has posted a bunch of official photos of what it calls the ‘second-generation VX’, even though the scope of modifications suggests a simple facelift. The premiere will take place in April this year.
Comments 0

Car Tuning28-01-2023 13:00
The portfolio of Hennessey Performance already contains the extremely capable Velociraptor 600 truck that you can easily take off-road, even for racing purposes. However, for the most demanding clients out there, the company now has a Sherco Edition of the pickup going, which comes with a pair of tuned motorcycles.
Comments 0 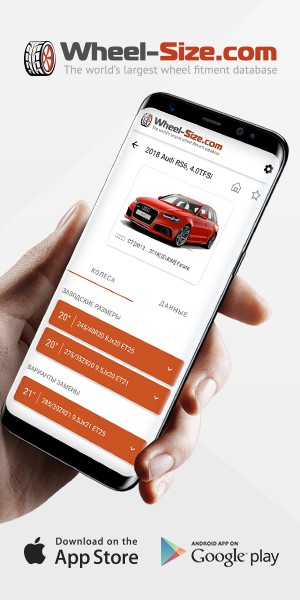