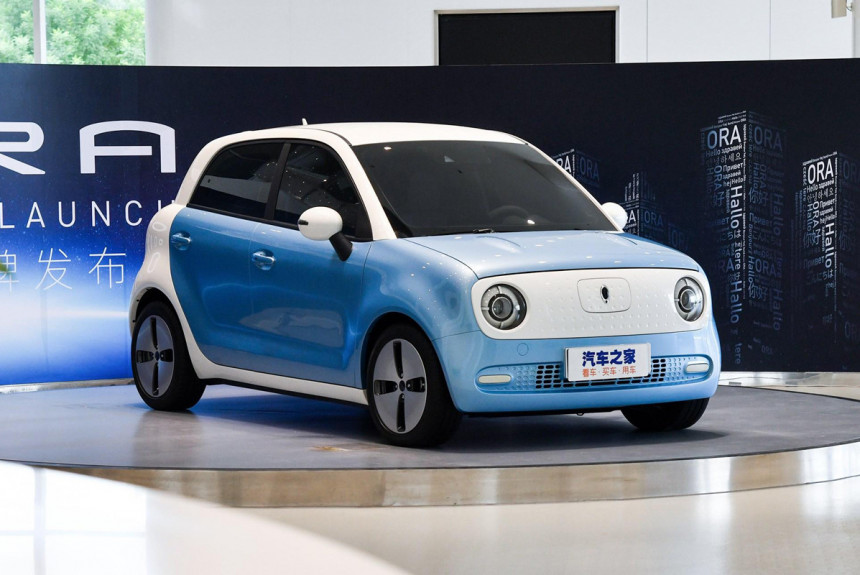 The style of the new urban hatchback looks clearly inspired by that of the five-door Smart Forfour. The cars have almost identical dimensions and side panels. The tech is where things are widely different, though. The Chinese Ora R1 has a primitive semi-independent rear suspension design, comes front-driven and packs an engine rated at 48 hp (36 kW) and 125 Nm (92 lbft) of torque. Reportedly, it sprints 0-50 km/h (0-31 mph) in 5.6 seconds, but the manufacturer provides no other data for reference. Dependent on the type of battery you choose, it can cover between 310 and 350 kilometers (193 – 217 miles) before running out of juice.

The car only weighs 990 kg (2,182 lb) owing to the use of plastic bodywork. The interior is stripped almost bare, offering a minimum amount of controls and options.

The options list includes a multimedia system, an air conditioner, two airbags, and front power windows (with the rear windows swinging open rather than sliding down). Certain functions are accessible via smartphone.

The Ora R1 will enter the domestic market in China in a few weeks priced at what translates to U.S. $8,700 - $11,300 (state subsidies already subtracted).