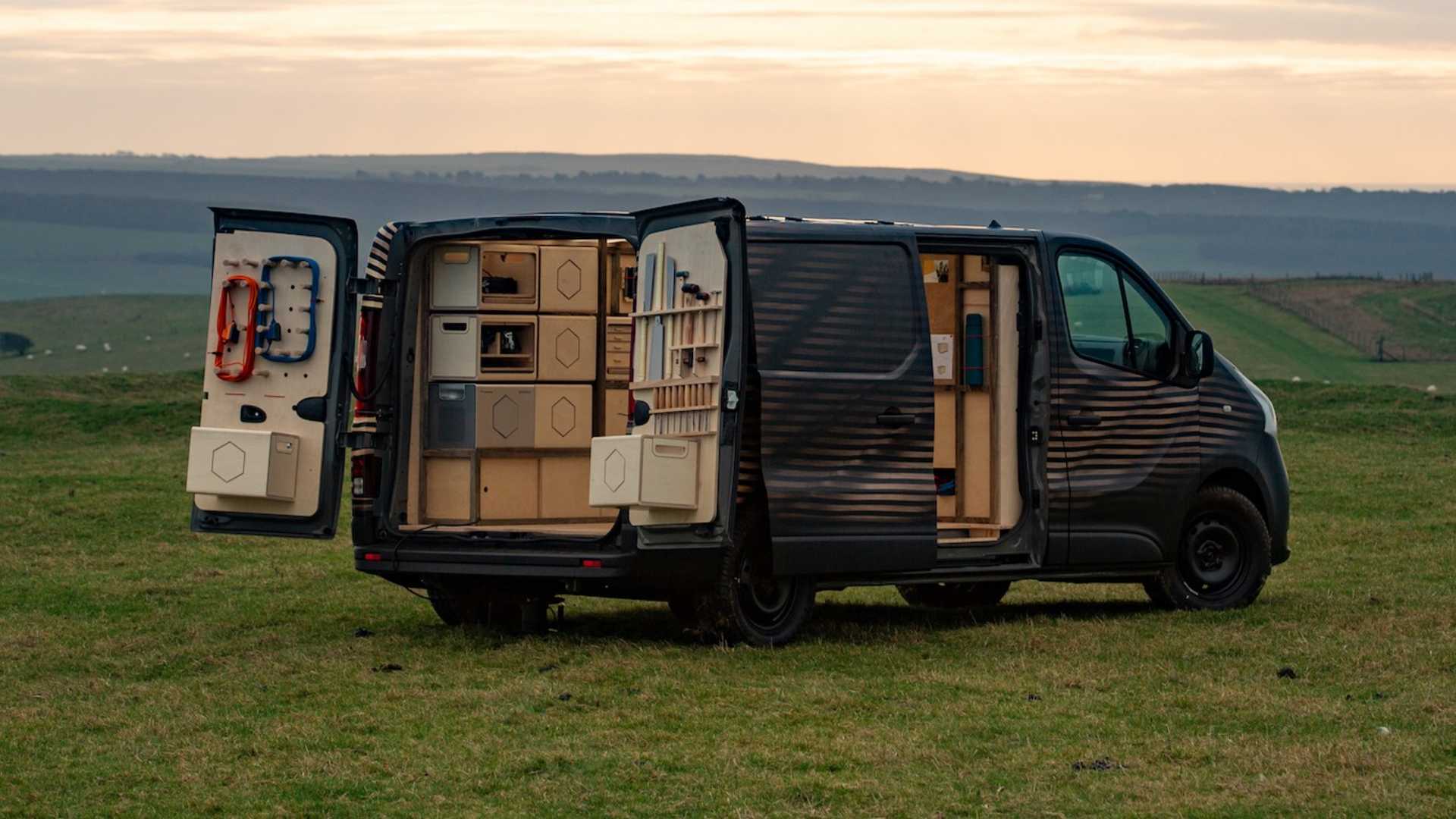 Japanese car manufacturer Nissan has used the ongoing Brussels Motor Show as an opportunity to showcase a carpenter’s van concept based on its NV300 MPV.

The one-off vehicle offers numerous toolboxes and other useful items, an on-board PC with a touchscreen display, LED-based interior lighting, a corkwood workbench and even a sliding stool on rails that the carpenter can relocate to almost any position in the car.

The modded Nissan NV300 also houses a portable, moisture-resistant backup power source that draws its power from Nissan Leaf batteries (700 kWh total) and outputs up to 1 kW. The unit can be charged via the solar panels mounted on top of the van,

In 2018, Nissan revealed two camper vans based on its NV200 and NV300 models. Both cars featured kitchenettes, beds for sleeping, and numerous useful household appliances.