This Dodge Challenger SRT masquerades as a tangerine 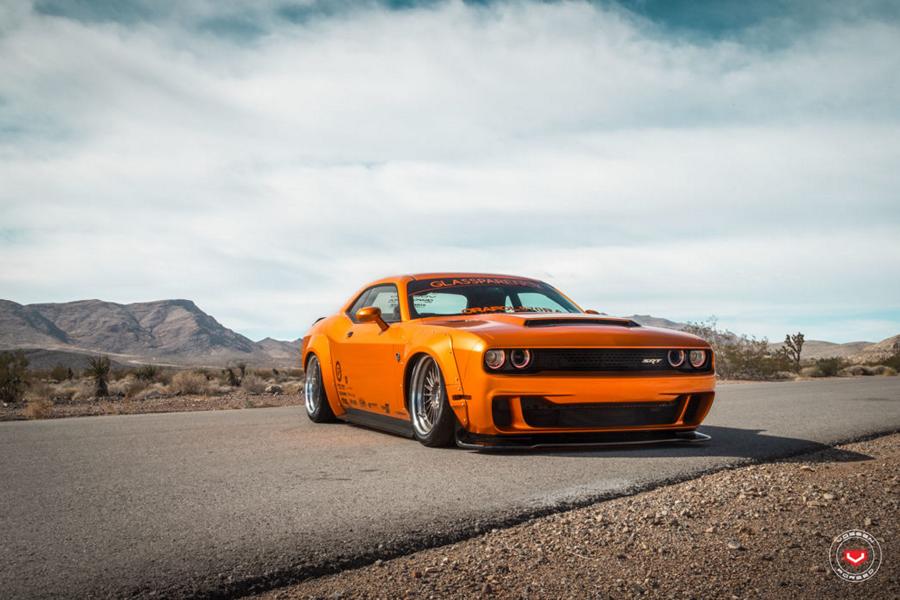 In case you’ve been wondering, the wrap is officially called “Oracal® 970RA Rapid Air Premium Wrapping Folie” and is available on the website of its manufacturer, Orafol. Aside from the car body, the film also covers most of the aero parts, including the new hood cover with a prominent motor dome in the middle, the fender flares, the bulky diffuser and the ducktail spoiler on the trunk lid.

Choosing the wheels to go with the wrap, Glassparency settled on Vossen ERA-3 3-Piece Forged rims measuring 20 inches in diameter. The tuner revealed nothing about the suspension, but it doesn’t take a genius to realize that it’s air-based. Seriously, the poor Challenger is almost scratching the asphalt with its bottom!