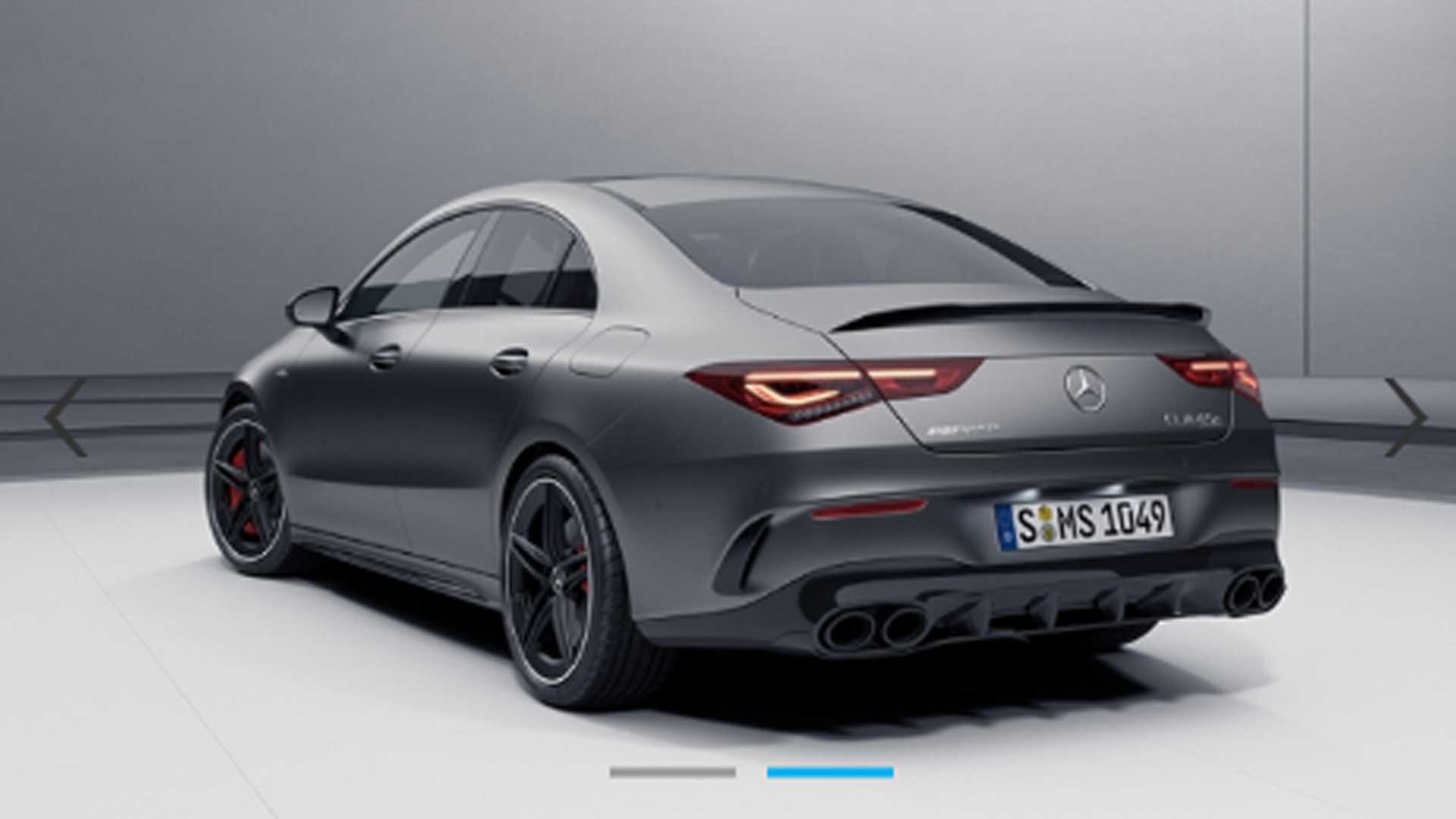 Whether by oversight or driven by an intention to arouse hype, Mercedes-Benz has let a photo of the upcoming Mercedes-AMG CLA 45 S leak ahead of the premiere. You could stumble upon it accidentally by opening the configurator page of the cheaper CLA 35.

Based on the pic, the four-door vehicle sports a rather aggressive body design and now has four tailpipes instead of just two.

Rumors say the CLA 45 will ship with a 2.0-liter turbocharged four-banger rated at 390 hp (291 kW). The S trim will allegedly take advantage of a stronger engine capable of 420 hp (313 kW). Both should work in tandem with an eight-speed DSG transmission.

The sported-up sedan/saloon will also allegedly pack an AWD system and offer a Drift Mode, just like the E63.

On the market, the Mercedes-AMG CLA 45 will be positioned a notch above the CLA 35 4Matic. The latter currently ships with a 2.0-liter turbo good for 306 hp (228 kW) and a seven-speed DSG. It needs slightly less than five seconds to sprint from zero to one hundred kilometers per hour (0-62 mph).

Novelties 05-03-2020
The Morgan Plus 4 is extremely conservative even by British standards: with its design barely altered from the original blueprints dating back to the 1930s, the sports car is quite unique in its vintage charm. But even Morgan felt it was time to move on.
Like
Comments

Novelties 05-03-2020
Automobili Pininfarina might still be a budding carmaker, but its parent coachbuilder – Pininfarina SpA – has recently celebrated its 90th birthday. The duo decided to celebrate together by announcing a special version of their only production car to date – the all-electric hyper-coupe Battista.
Like
Comments
x
Feedback
Contact Form
UP