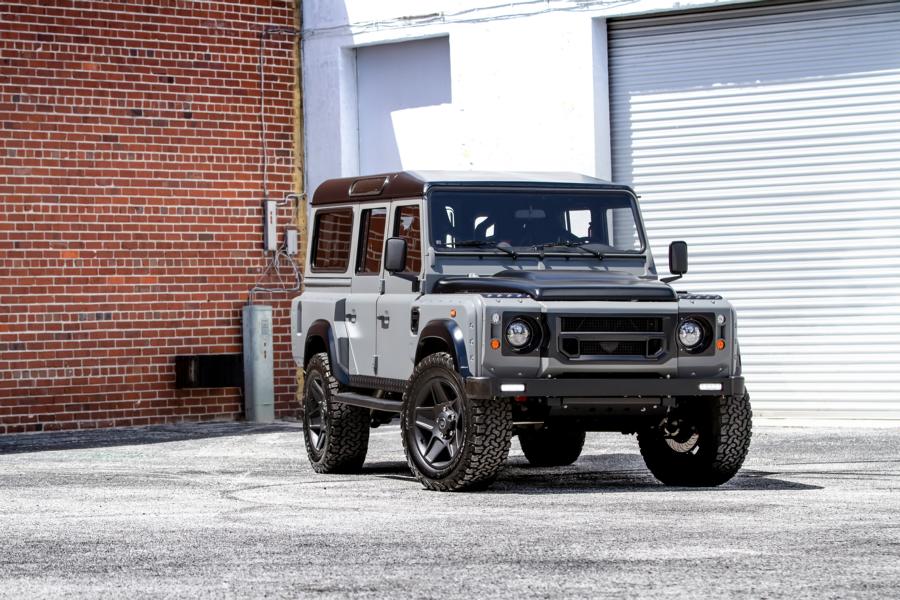 The U.S.-based car tuner E.C.D. Automotive Design has long since made a name for itself releasing expensive custom Land Rover Defenders. Their latest work is called the Land Rover Defender D110 Project SOHO and features an engine swap, a wide body kit, light alloy wheels, and an Alcantara-wrapped cabin.

Following what has long since become a tradition, the tuner gives the SUV a 6.2-liter Chevrolet LS3 V8 engine. Linked to a modern six-speed automatic gearbox, it outputs 570 hp (425 kW) to all four wheels. The car also boasts custom air suspension designed by E.C.D.

The Project SOHO has LED lighting throughout, a muscular-looking hood with a power dome, fender flares, and Kahn X-lander Slimline aprons (both front and rear).

The cabin takes advantage of some of the cutting-edge car tech and comes wrapped in Alcantara, just as we said above. The soft material covers the seats, the dashboard, the center console and even the ceiling. There are only two bucket seats this time around, but you can always accommodate the unexpected extra passengers on the two banks located in the trunk bed.

E.C.D. Automotive Design did not mention the price of the one-off vehicle, but we assume a six-digit sum in U.S. dollars.