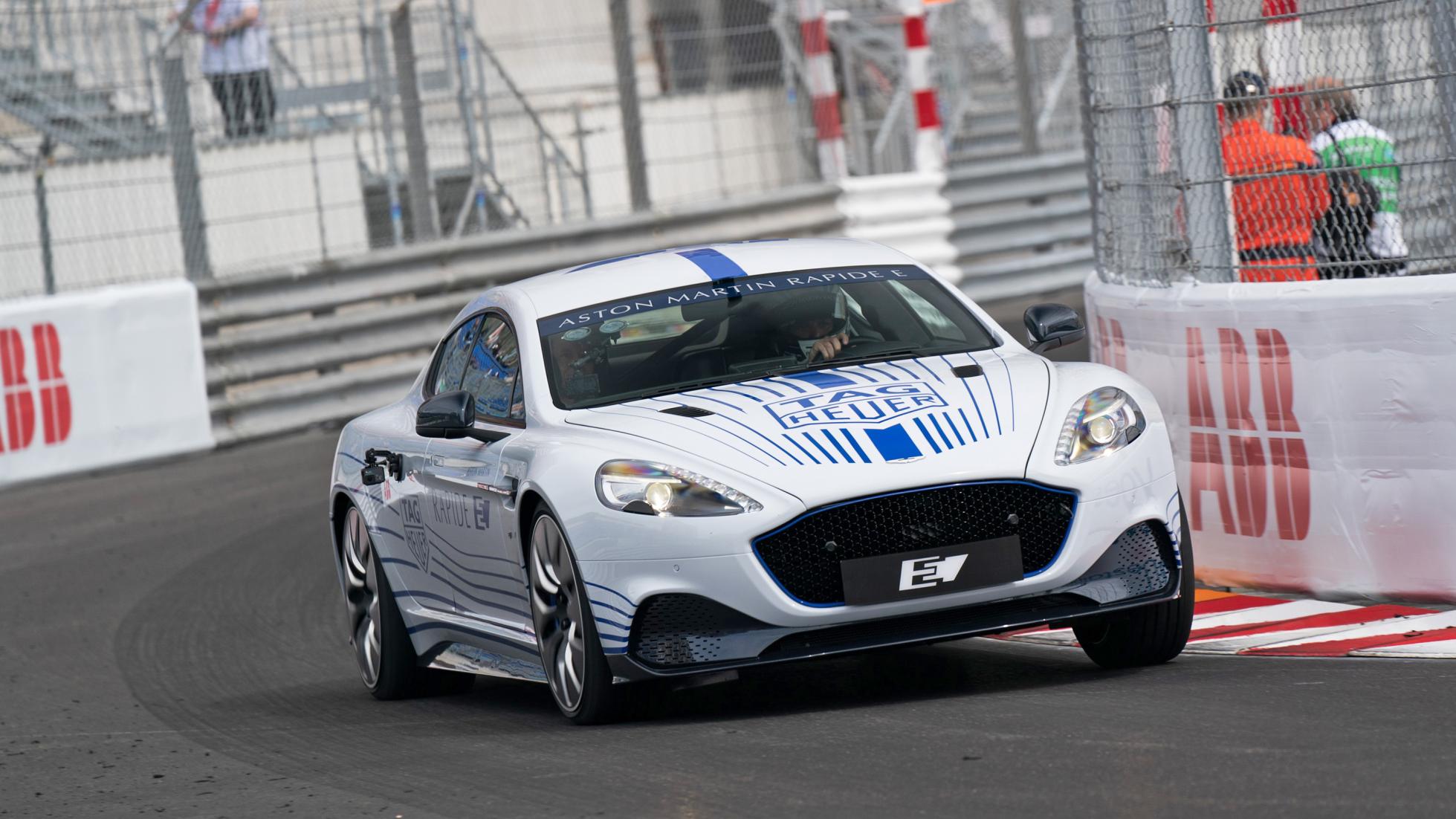 The all-electric Aston Martin Rapide E supercar, which originally debuted at the 2019 Auto Shanghai show in China, now completed a demo lap before the Formula E Gran Prix in Monaco. Watch the video to see how it went.

The Rapide E comes equipped with a powertrain rated at 604 hp (450 kW) and 950 Nm (701 lb×ft) of torque. The electric motors draw their power from a 65 kWh traction battery concealed at the bottom of the car, which supports charging from an 800V station. The non-EV version of the Rapide gives the same place to a 5.0-liter V12 engine rated at roughly 600 hp (450 kW).

Aston Martin plans to keep the Rapide E production quantity at just 155 units. The assembly will begin in Wales, Great Britain, in Q4 2019. Once complete, the company will then start producing its Lagonda battery SUV in the same factory.