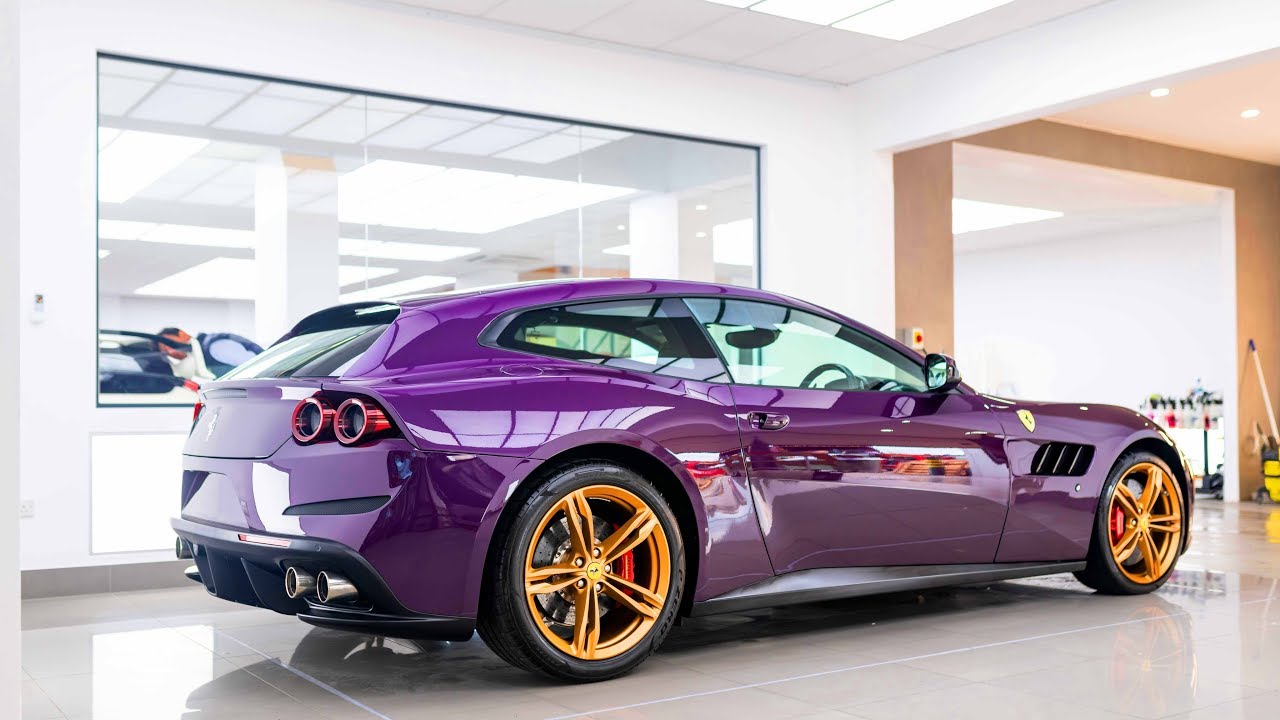 Jay Kay isn’t just the famous lead singer of British band Jamiroquai, but also an avid car collector. He has been known to buy expensive cars to have them re-painted to match his preferences. Five years ago, he came out with an ultra-opulent Ferrari LaFerrari painted green; today, we want to show you a video where his latest acquisition, a GTC4Lusso, gets a purple aftermarket finish.

London-based customization ship Topaz is responsible for the job. The tuner must have tried to persuade Jay Kay to apply a vinyl wrap – or so we imagine, at least, as that option would have been much simpler and less expensive. But the singer was adamant, so they went ahead and unsheathed the spray guns…

Of course, the luxury vehicle was stripped of all detachable trim elements prior to work. It then received a coating in Rolls-Royce Purple Silk, which created a compelling contrast against the golden tint of the wheels. Ferrari could’ve probably done the same if asked, but then it would’ve cost a few tens of thousands in USD.

Granted, the end result looks splendid! You’d think this is what the Ferrari GTC4Lusso looked like when it rolled off the assembly line. Wouldn’t you agree?