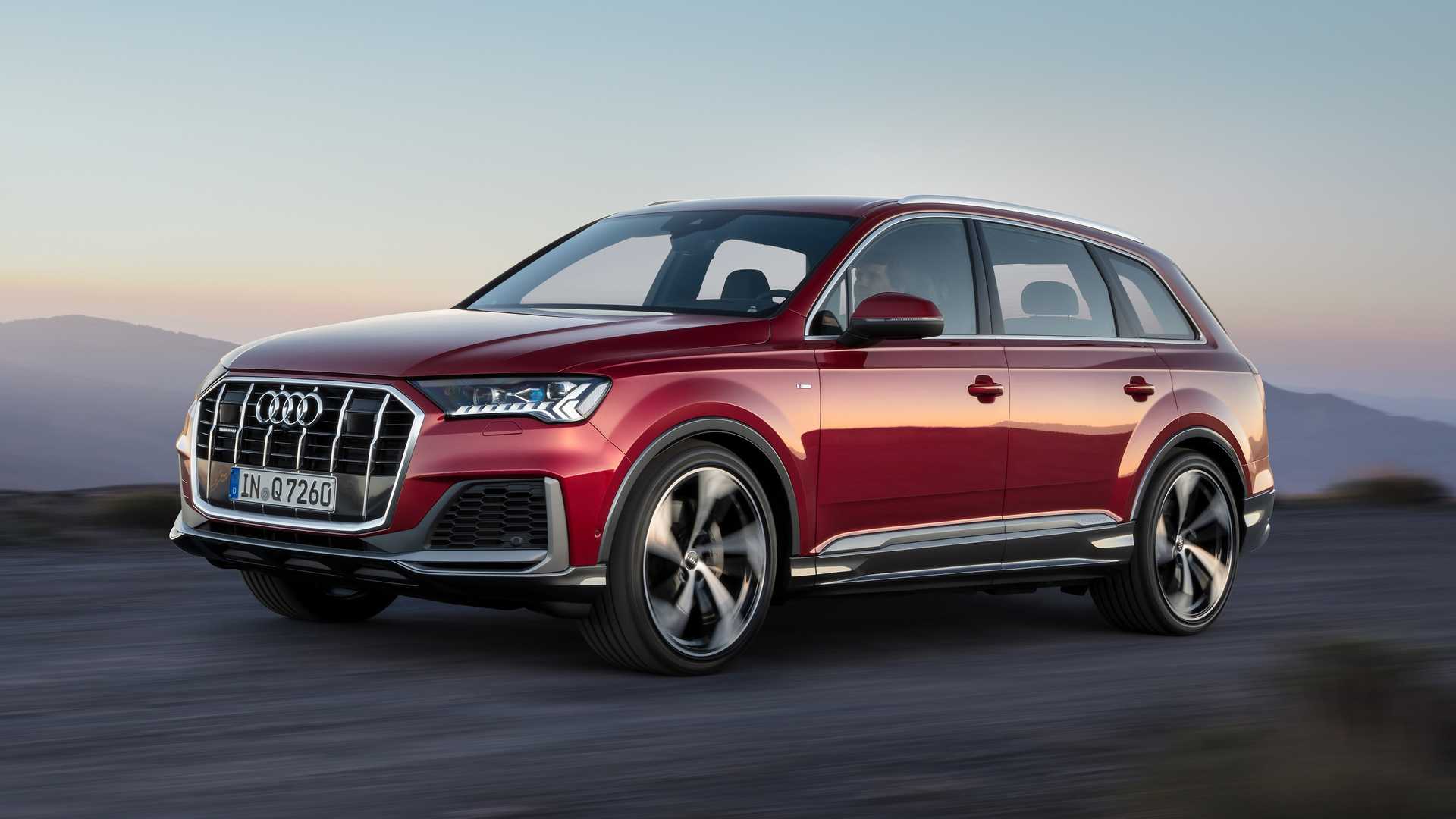 Audi has finally taken the wraps off its updated Q7 crossover/SUV, complete with revised looks, features, and engines.

The body of the car looks stylistically similar to those of the latest A6 and A7. The new octagonal front grille with vertical fins and redesigned bumpers with large air intakes are probably the main highlights. The headlights are now LED-based for all trims, although higher trims take advantage of the LED Matrix tech. Laser-light headlights are available as a paid option.

Taillights have been reshaped and also upgraded to LEDs. The tailgate now sports a different relief, and there are optional dynamic turn blinkers on offer as well.

The scope of changes in the cabin is no less impressive. For the first time, the Q7 ships with a digital instrument cluster and an A7-style center console overlaid with two touchscreens, the upper one serving as a multimedia display and the lower one as the climate control interface.

All powertrains are now mild hybrids. There is a minor starter-generator unit built into the car’s automatic transmission that draws power from its 48V electric system and is activated whenever the car is accelerating or freewheeling. This add-on should reduce overall fuel consumption while also improving acceleration times. The IC engines used remain unchanged, though. There is a 3.0-liter diesel engine available in 231 hp (172 kW) and 286 hp (213 kW) versions, and a turbocharged gasoline engine with 340 hp (261 kW) at its disposal.

The 2019 Audi Q7 facelift will arrive in showrooms in late summer.