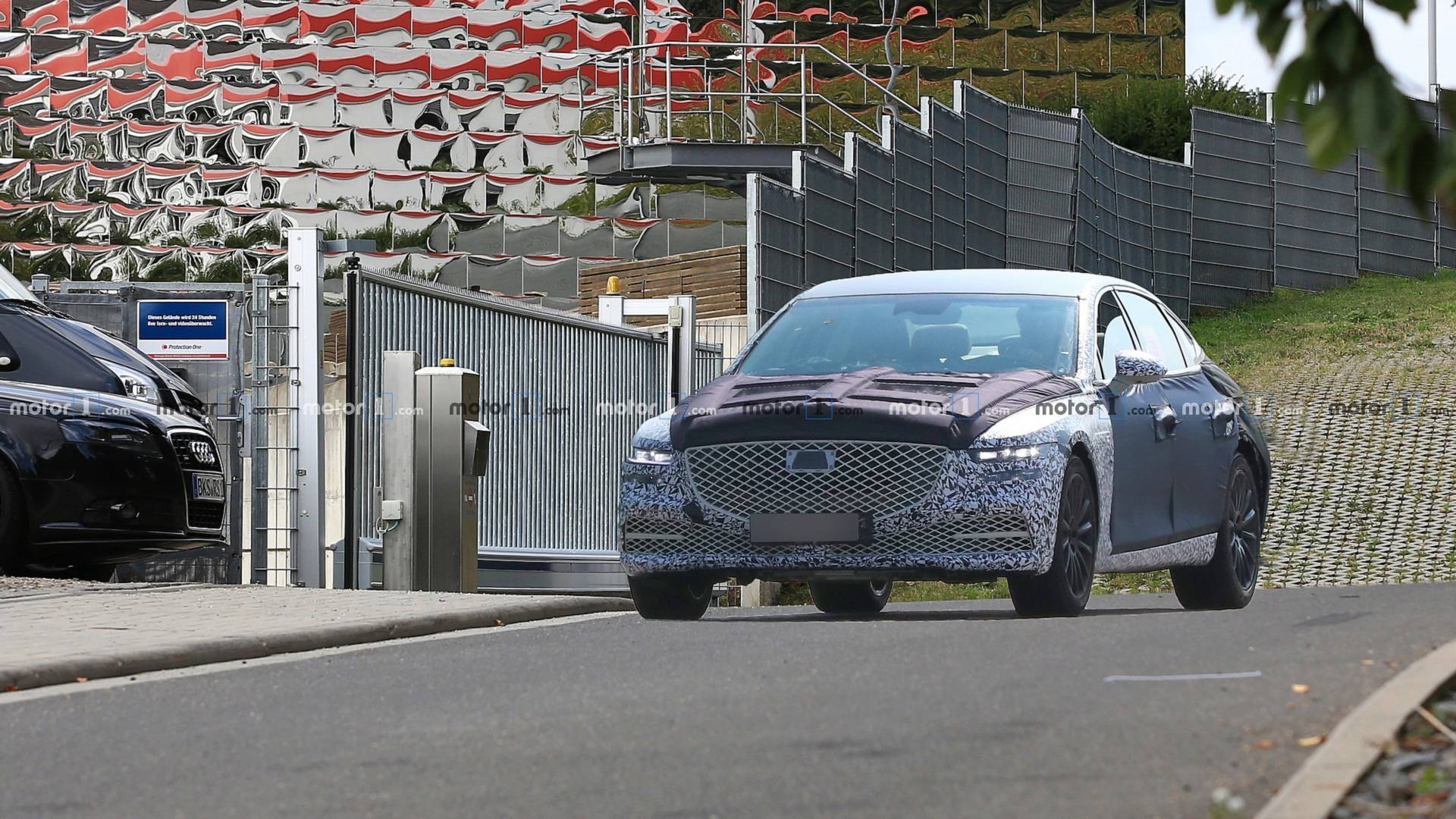 Another portion of spy photos depicting the new Genesis G80 sedan/saloon has emerged online. Allegedly, the photographer spotted the car running at full throttle at the Nürburgring Circuit in Germany.

The first time we discovered the second generation of the Genesis G80 during road tests was in February 2018. Despite the still thick layer of test mule mascara, it seems obvious that the sedan shares its main stylistic features with the recently introduced G70. Primary differences from the previous generation include shorter overhangs, elongated hood, and droplet-shaped rear end.

In an earlier interview, Genesis CEO Manfred Fitzgerald said the second-gen G80 would ditch its V8 engine in favor of a new naturally aspirated Lambda V6. The currently available 3.3- and 3.8-liter V6 turbos will remain on offer, and should become considerably stronger in their new versions. Hybrid power is not out of the question, either, but no specifics exist in this regard.

The updated Genesis G80 should celebrate its international premiere in September 2019.