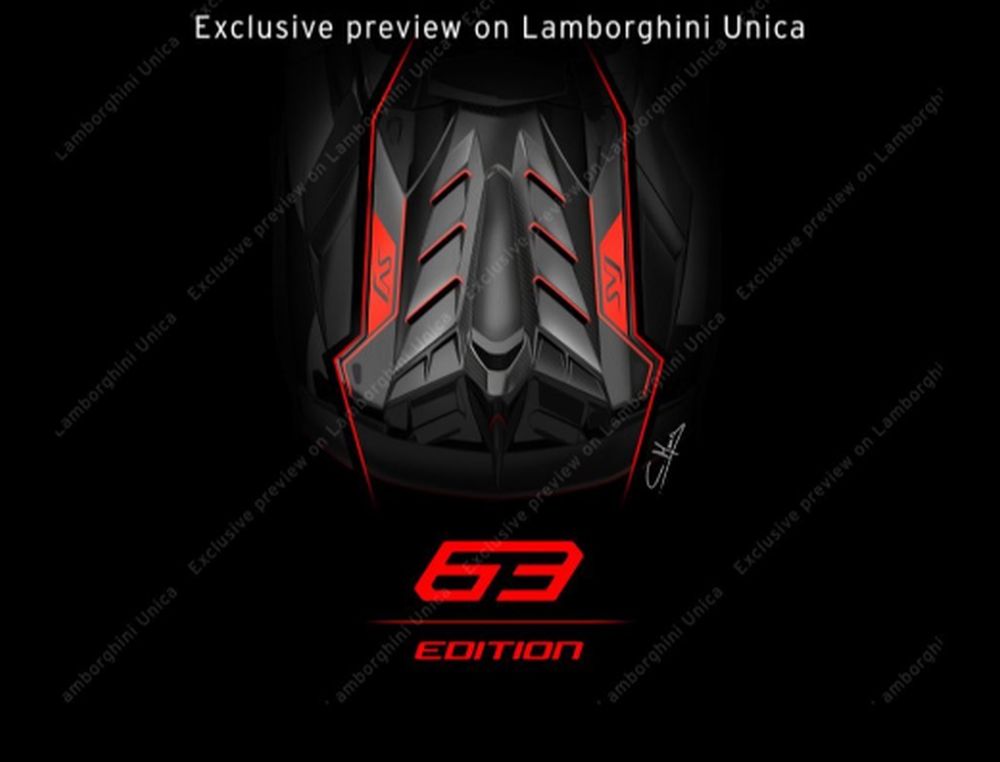 Lamborghini has a surprise waiting for its fans at the Pebble Beach show. The company will soon be unveiling a what it calls the 63 Edition Roadster, a supercar series based on the open-top Aventador SVJ.

Guests of the show received leaflets with the teaser pic printed on them: an Aventador engine cover with the inspcription ’63 Edition’ on it. Perhaps 63 refers to the total production run.

On a side note, Lamborghini had initially planned to bring a 1,000-hp (745-kW) strong hybrid hypercar to this year’s Pebble Beach, but ultimately postponed the premiere until September.