2020 Kia Optima likely to debut at the Frankfurt Motor Show 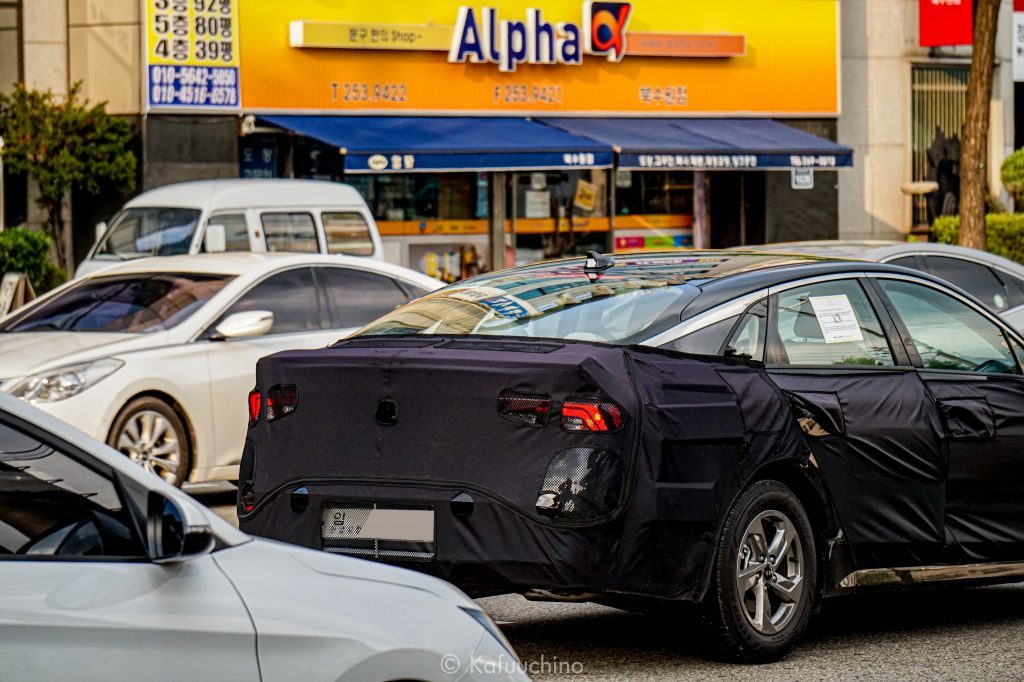 The current generation of the Kia Optima sedan/saloon saw the light of the day in 2015 and went through a mild facelift last year (see the video). Recently, car spotters have discovered next-gen Optima prototypes cruising the streets, which should mean that the update will likely be introduced during the International Motor Show Germany 2019.

Despite the heavy cladding, some details can still be seen. This includes the headlights, which now consist of several LED sections arranged in a row, and the likewise redesigned taillights.

The photographer did not manage to nail an interior shot, but chances are good the next Optima will get the same kind of dashboard as the Kia Telluride. Additionally, while its platform sibling, the Hyundai Palisade, has a dashboard that is integrated with the multimedia touchscreen display, the Optima will likely keep the two displays separate from each other.

The new generation may ship with the standard 1.6-liter turbo engine (available in two boost levels) and a 2.5-liter engine with 286 hp (213 kW) and AWD. The European version may additionally get hybrid powertrains. Transmission choices will be limited to seven- and eight-speed automatic.

Everything seems to indicate that Kia will launch sales of its 2020 Optima saloon/sedan before the end of the current year.