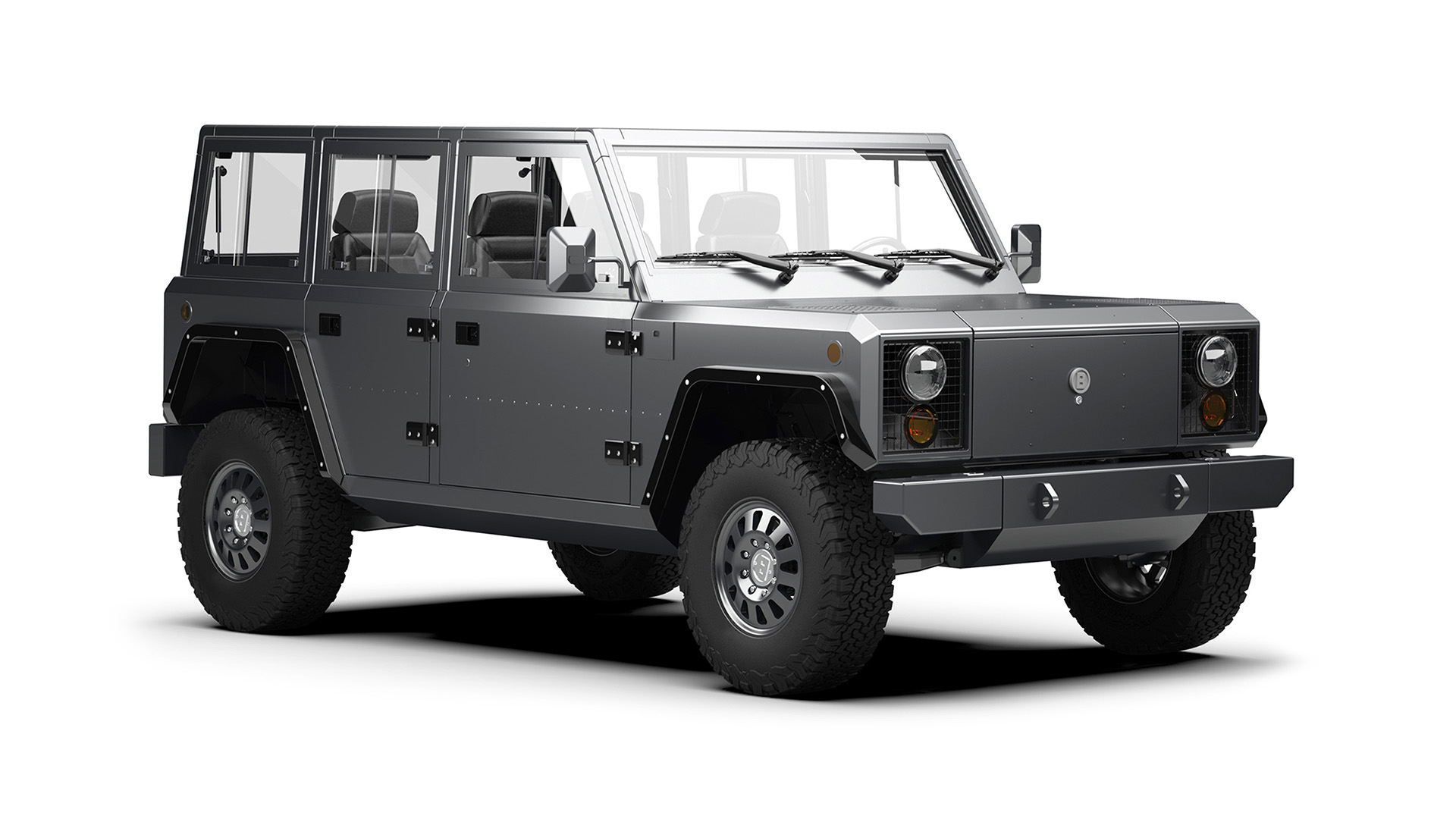 Budding U.S. car manufacturer Bollinger Motors has revealed the release schedule for its B1 SUV and B2 pickup truck. Both all-electric vehicles will celebrate their international premiere on September 26 and enter production in summer 2020.

Bollinger Motors had initially planned to start assembling the B1 series this summer, but missed the deadline due to some last-minute design changes. For instance, while the concept version of the SUV had three doors, the final production version has five.

Other noteworthy features include removable see-through roof panels, detachable windshield and doors, and double-wishbone suspension on both axles. The equipment list includes an audio system, heated seats, and an air conditioner.

Nice as all of the above might sound, the safety seems to be a serious concern in both the Bollinger B1 and B2. There are no passive safety systems provided except for the basic seat belts, and the cabin design is just as angular as the exterior, which could lead to severe injury in a road accident. Collisions with pedestrians may also have particularly grim consequences. Then again, maybe the company doesn’t even intend to make its vehicles fully road-legal. We hope to learn more on September 26.