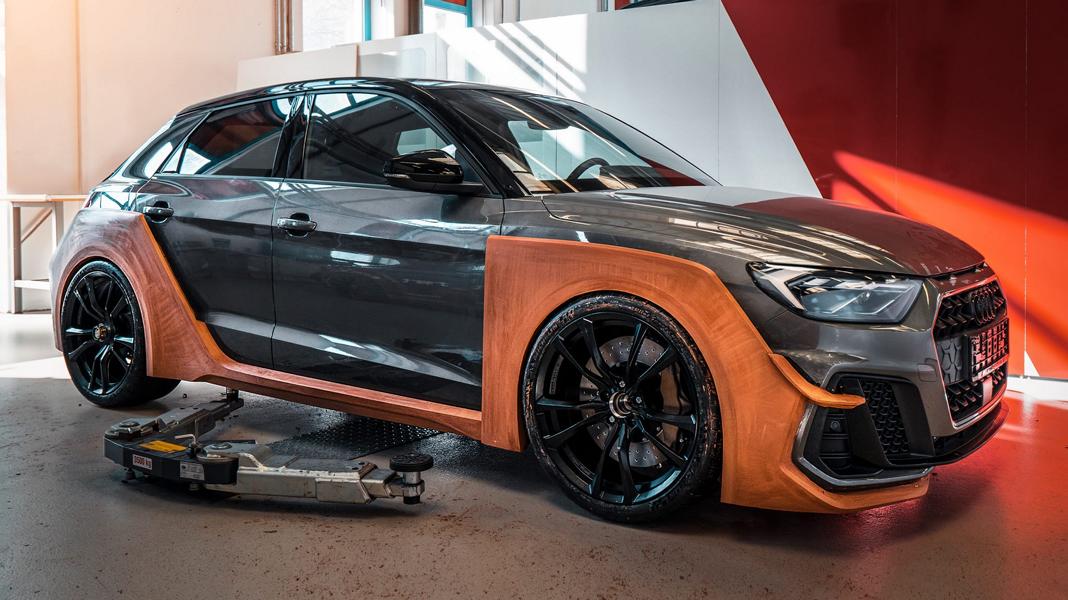 Daniel Abt, founder and owner of ABT Sportsline, has recorded a whole series of videos dedicated to the ongoing process of designing what he called ‘the fattest project ever’. The starting point it an Audi A1 40 TFSI with 200 hp (150 kW) and 320 Nm (236 lb-ft) of torque at the crankshaft.

That engine, however, makes room for a racing-spec Audi TT Cup mill from the namesake single-make racing series that premiered in 2015. The tuner expects to tweak it to around 400 hp (298 kW) and 500 Nm (369 lb-ft) of torque.

Aside from this, ABT Sportsline promises 19-inch forged wheels, high-performance brakes, coilovers, and an all-carbon body kit crowned with a humongous Rallycross rear wing. Inside, the team will remove the rear seat row and install a roll cage.

That said, the ABT Sportsline Audi A1 ‘1of1’ is still very much a work in progress. It will be a one-off creation, but the tuner may later reuse some of its know-hows in other projects.