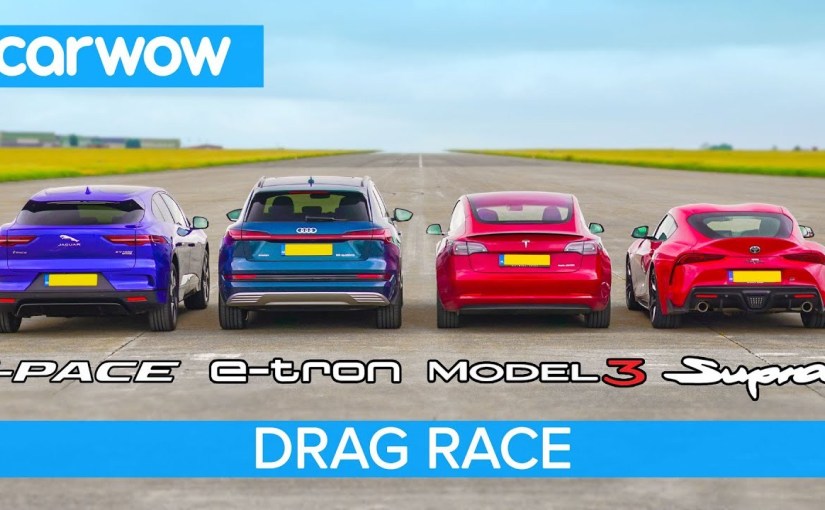 CarWow has recently posted another YouTube video we feel obliged to share with you. The newest Toyota Supra went up against a Jaguar I-Pace, an Audi e-tron and a Tesla Model 3 Performance in a quarter-mile standing race, a rolling race from 80 km/h or 50 mph, and a brake test.

The Jaguar I-Pace also packs two electric motors, but their cumulative power is noticeably lower at 400 hp (298 kW). It runs the standard sprint in 4.8 seconds and hits its limit at 250 km/h (155 mph). Being an SUV, it also weighs in three hundred kilos (660 lbs) more than the Tesla.

Watch the video to see how things played out.