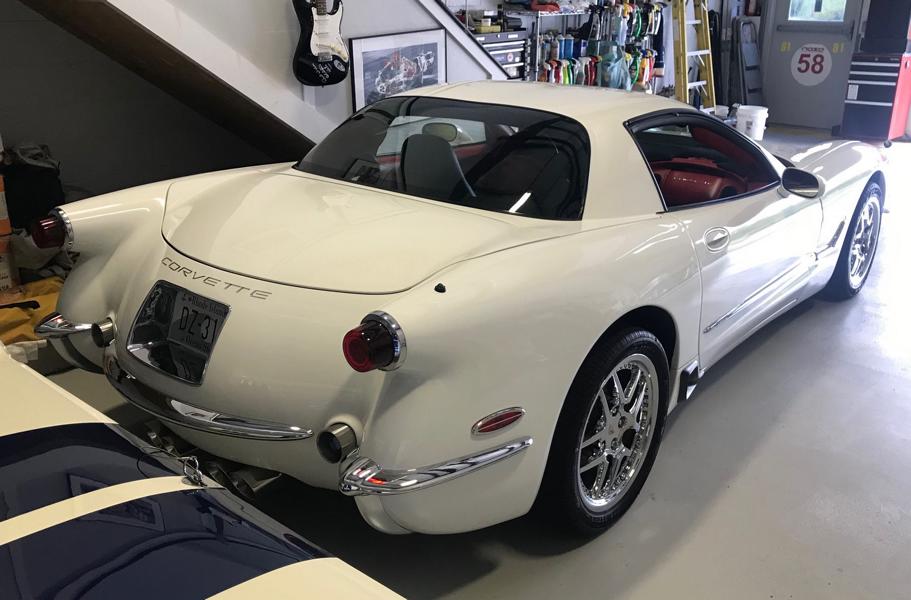 The car you see here is a mundane C5 Chevrolet Corvette Z06 issued in 2004. So why does it look so much like a zany, retro-futuristic racecar? The answer is the 1953 Commemorative Corvette C1 styling kit by Advanced Automotive Technologies (AAT), one out of 200 total.

The tuner tried its best to make the C5 Corvette look like its C1 predecessor from the faraway year 1953. The result is something of a mixed bag, though, with the neat front end clashing with the bulky rear and the whole kit looking odd on a much larger C5. Overall, we would call it a nice stylization attempt, but not without caveats.

The 1953 Commemorative Corvette C1 also makes use of custom 17- and 18-inch forged rims, a couple performance upgrades centered on the ProCharger radial supercharger, and a cabin makeover. Speaking of which, the show car sports a red-and-black leather cabin which, while it may clash with the snow-white body of the car, still looks fresh and stylish in its own way.