Video: An SUV jumps over a drifting hypercar 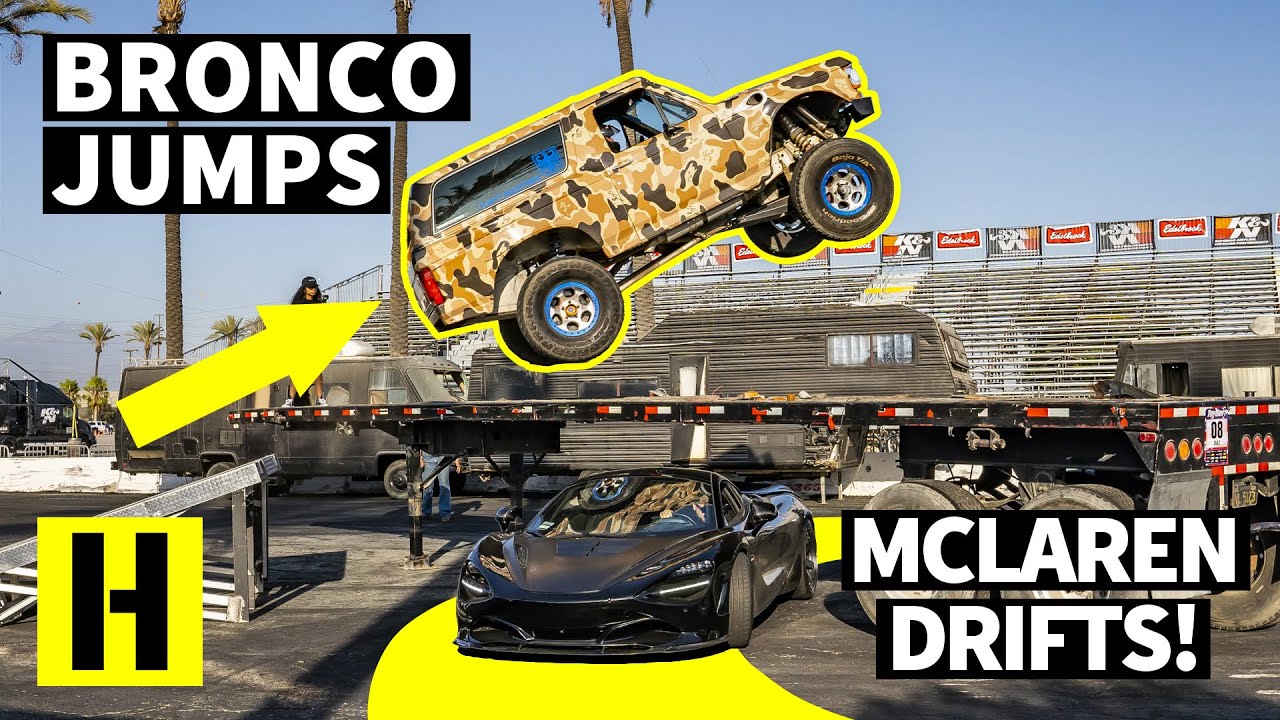 Hoonigan has just ramped up the ante with its latest show: a Ford Bronco jumping over a drifting McLaren 720S with the help of a special ramp.

The talented tuner team has taken its time to prepare the off-roader for the stunt, giving it a robust roll bar, a suspension with excellent travel, and a Cadillac Escalade V8 with undisclosed specs.

The team has succeeded in filming the jump at what seemed to be their tenth attempt. In the meantime, the SUV has grazed over the fence multiple times. Luckily for everyone involved, no one was hurt during the entire process.