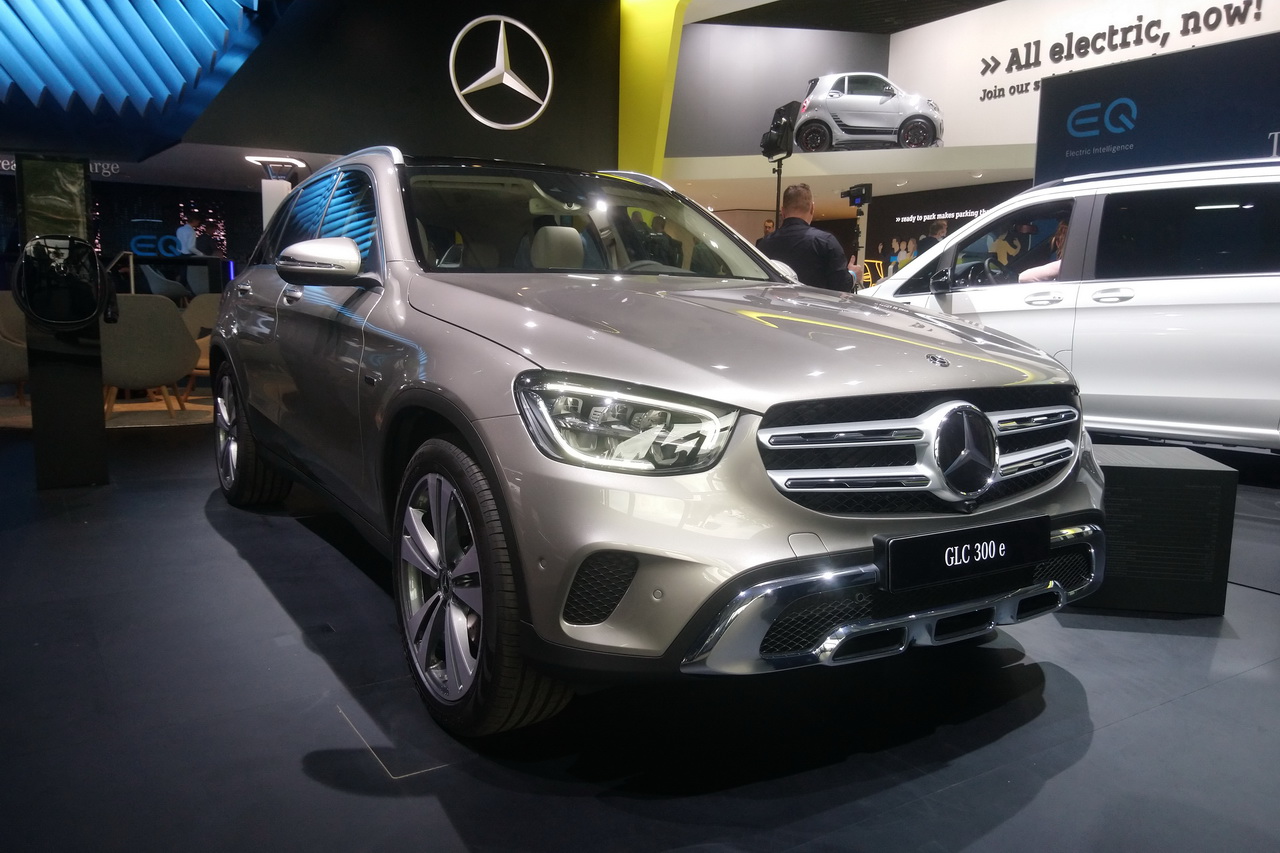 The standard sprint is somewhat brisker at just 5.7 seconds, as is the top speed (230 km/h, or 143 mph). The all-electric mode speed is handicapped at an even lower level, though (130 km/h, or 81 mph). Charging the battery completely still takes half an hour.

Both vehicles ship with the same nine-speed automatic transmission. The new GLE now has 1,915 liters (67.6 cubic feet) of trunk space, whereas the GLC makes do with 1,445 liters (51 cu. ft.). That said, both have lost around 150 liters (5.3 cu. ft.) of trunk compared to the previous generation.