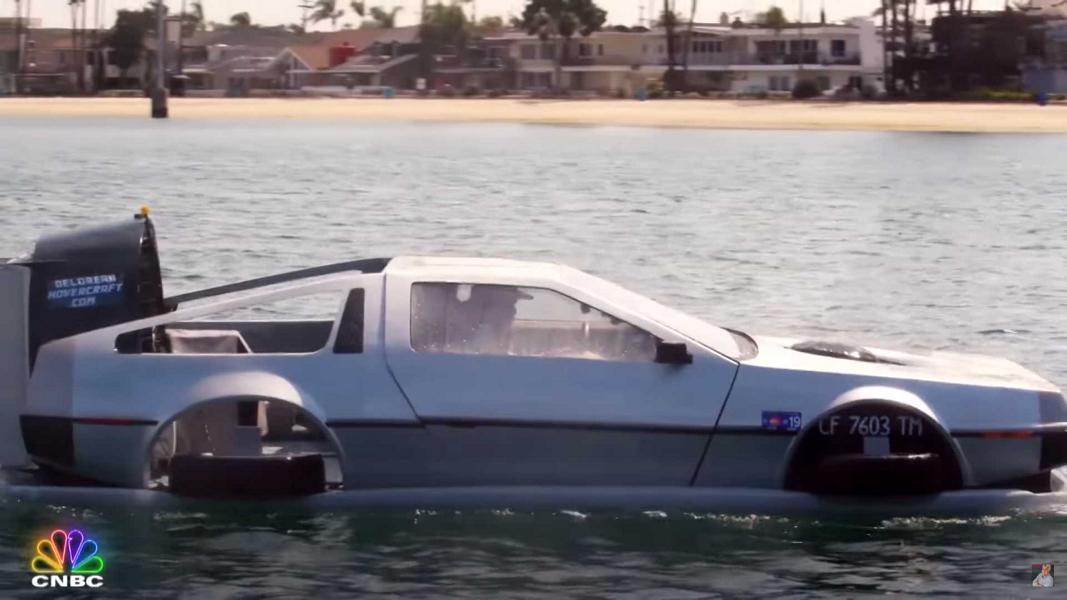 Car aficionado Matt Riese (@davidlorean) has finished building a unique DeLorean DMC-12 replica that can sail in water. Jay Leno, U.S. renowned comedian and avid car collector, was among the first to test it out.

Before you ask: no, the tuner did not work with the original DeLorean DMC-12. Instead, he took a Universal Hovercraft UH-13PT and retrofitted it with vaguely DeLorean-shaped Styrofoam/GFRP panels painted Grey Metallic. Not the sturdiest bodywork, sure, but it should be at least as light as carbon fiber, if not lighter!

Two water propellers set the hovercraft in motion, the smaller one powered by a modest lawnmower engine and the larger one relying on a 23-HP (17.2-kW) two-cylinder internal combustion engine. According to Matt, the maximum attainable speed is 50 km/h (31 mph).

Matt says he has invested around $45,000 in the project. Despite that, he is apparently willing to sell his aquatic DeLorean to anyone willing to pay the price.