Tuner remodels a Toyota Land Cruiser into an amphibian vehicle 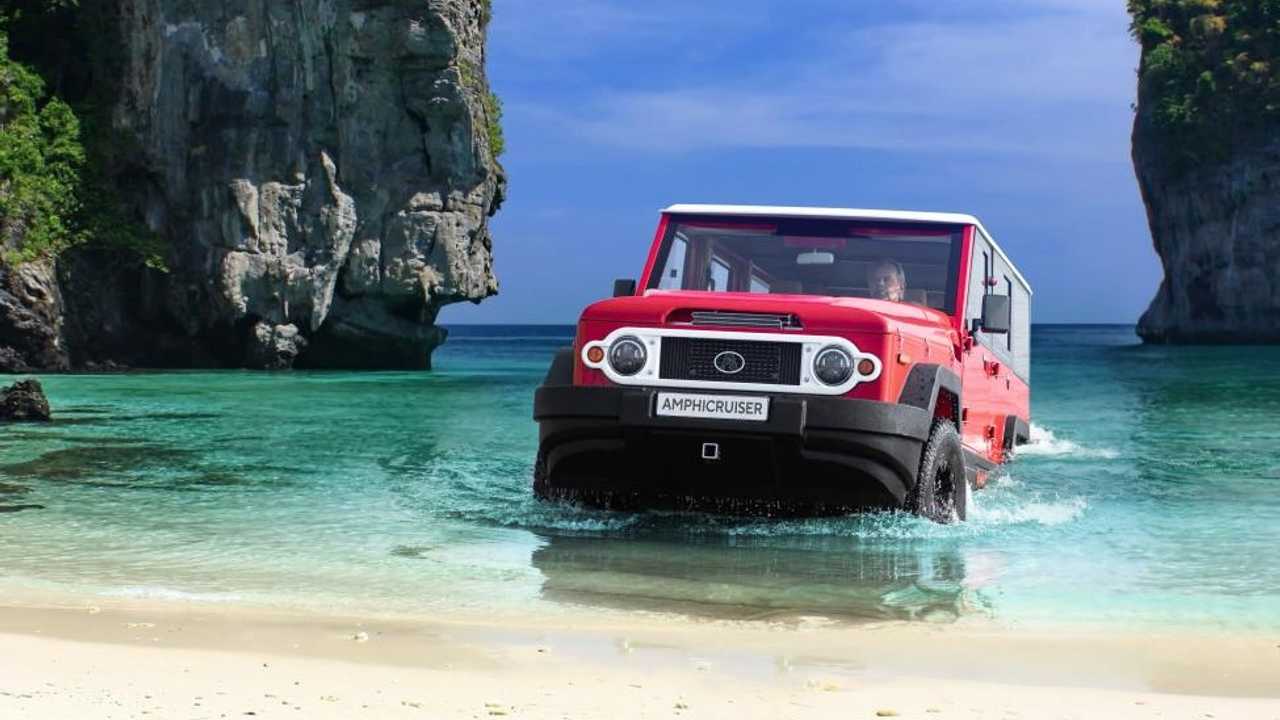 At the Frankfurt Motor Show, you don’t have to be a well-known international company to unveil something new and special. Take De Jong Holland, for example, which has come to the trade fair with an amphibian car based on the Toyota Land Cruiser chassis.

The Netherlands-based tuner calls its creation the Amphicruiser. The car relies on water-jet cannons to propel itself forward. The total performance lies close to 100 hp (75 kW), but the maximum speed is capped at five knots (9 km/h, or 5.6 mph). This is done to ensure complete safety (you cannot damage the car even if you collide with the bank or get stranded), as well as to avoid having to obtain a sailing license, even though the Amphicruiser doubles as an SUV and a watercraft.

In fact, sailing isn’t by far the only thing the vehicle is capable of. With 23.5 centimeters (9.18 inches) of ride height and 43º approach angle, the SUV is no stranger to all things off-road. The on-demand AWD and manual transmission are available by default, and you can opt for automatic transmission and diff locks.

The car combines an aluminum body with a plastic roof. Extras include a tow bar, a power-assisted winch, a roof rack, and even a multimedia system.

De Jong Holland was founded in 2013. The Frankfurt show version of the Amphicruiser targets emergency and rescue services, but the company also ships a commercial version. Prices start from 180,000 USD, and fulfilling your order will take at least six months.