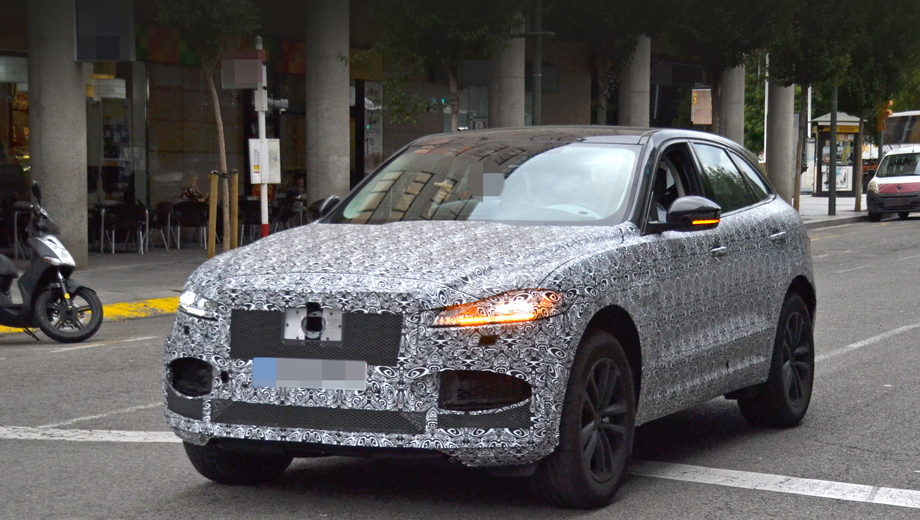 The Jaguar F-Pace came out back in 2015, so it should not be surprising that it is getting its planned mid-generational refresh next year. Today, car spotters have fished out the first test vehicle cruising the city streets.

Based on the photos provided, the exterior changes will be minimal. The headlights and the bumpers will likely be the only parts to get a new look. The cabin will be getting an XE-style multimedia system and probably also an SVR-like gear joystick instead of the usual selector knob.

The performance-packed SVR version (see video) can get a much more interesting update. It currently ships with a supercharged V8 engine rated at 550 hp (410 kW) and 680 Nm (502 lb-ft) of torque. The update might switch the series to a superior 4.4-liter, twin-turbo BMW V8 capable of 625 hp (466 kW) and 750 Nm (553 lb-ft) of torque. Rumors persist that the Jaguar F-type SVR coupe and convertible will also be getting the same BMW engine soon, but exact dates remain unknown.