The FAW Bestune T99 is the Chinese carmaker’s newest flagship 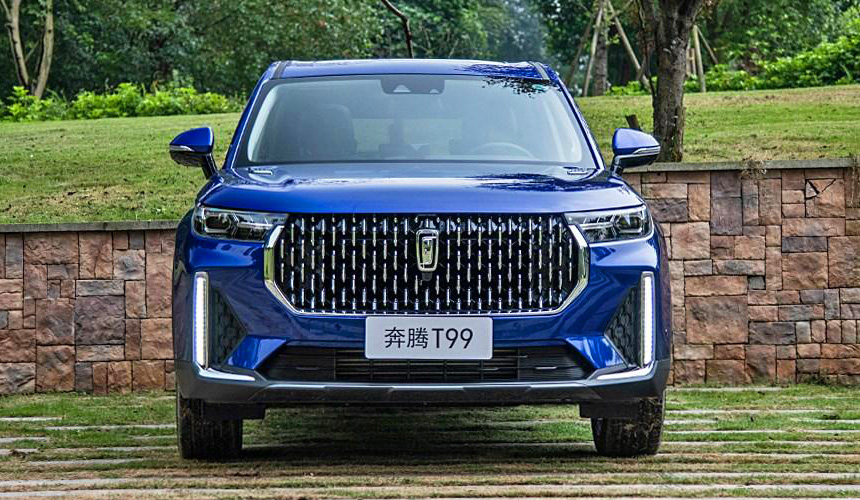 The FAW Bestune range, which incorporates only the most expensive and technologically advanced cars manufactured by the Chinese company, has received its most powerful model yet: the T99.

The FAW Bestune T99 is a crossover SUV that joins the company of two other crossover SUVs: the T33 and the T77 (see video for an overview of the latter). It comes strictly front-wheel driven, but still boasts per-wheel suspension, like some of its more off-road capable rivals. The only available engine is a 2.0-liter turbo V4 with 224 hp (167 kW) and 340 Nm (251 lb-ft), partnered with a new eight-speed automatic transmission designed by Shengrui with some participation from Ricardo.

There are three cabin trims to choose from: Standard, Deluxe, and Sport. The differences are purely aesthetic, because the equipment stays the same. There are two 12-inch digital displays acting as a dashboard and a multimedia screen, shielded from excess light by a sun visor. The touch-enabled multimedia screen provides access to the climate control settings, seat heating and other useful functions.

One of the major selling features of the new FAW Bestune T99 comes in the guise of a holographic image projector called the D-Life. Once activated, a voice-controlled virtual assistant pops up above the dashboard and can help you change climate control settings or find your favorite tune in the library.