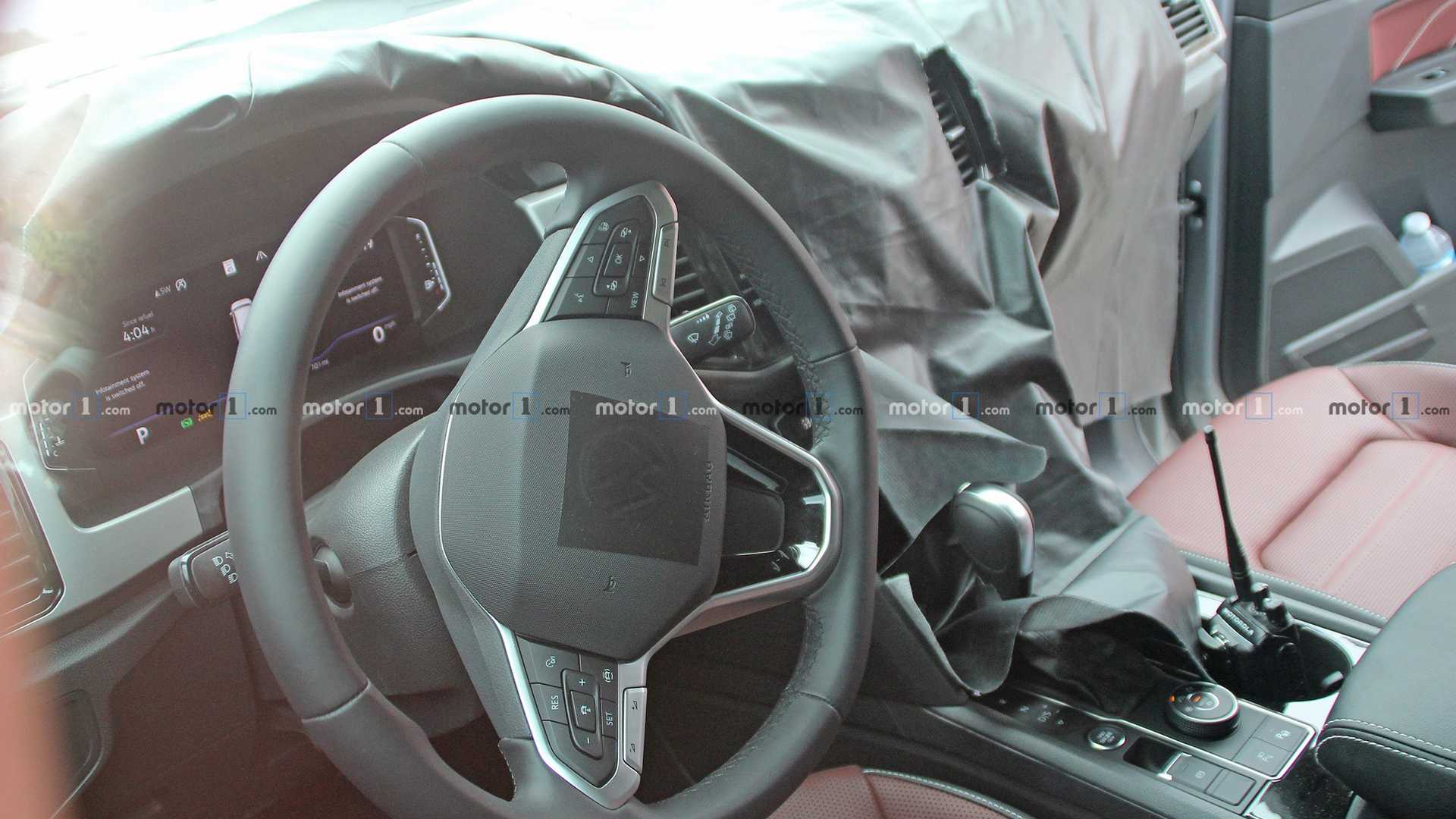 Following the debut of the Volkswagen Atlas Cross Sport Concept last spring, the coupe-shaped crossover SUV went on sale in China this year as the Teramont X.

Recently, a car spotter has made a few interior shots of what looks like the previously announced Teramont X for international markets, including the USA. There, the car will be known as the ‘Atlas Cross Sport’, just like its concept version.

The interior looks quite a bit trimmed down compared to the prototype. While the 12.3-inch large digital dash is still there, the multimedia screen goes down from 10 to 8 inches. In this respect, the car is therefore no different from the standard Teramont. The climate controls are also traditional hardware and not touch-based like in the prototype.

Overall, it looks like the international Atlas Cross Sport will be quite different from both its Chinese sibling and its conceptual ancestor. Among other things, it will be 144mm (5.6 inches) shorter than the regular Teramont and have only five seats instead of seven. The sloped roof will be its main distinguishing feature.