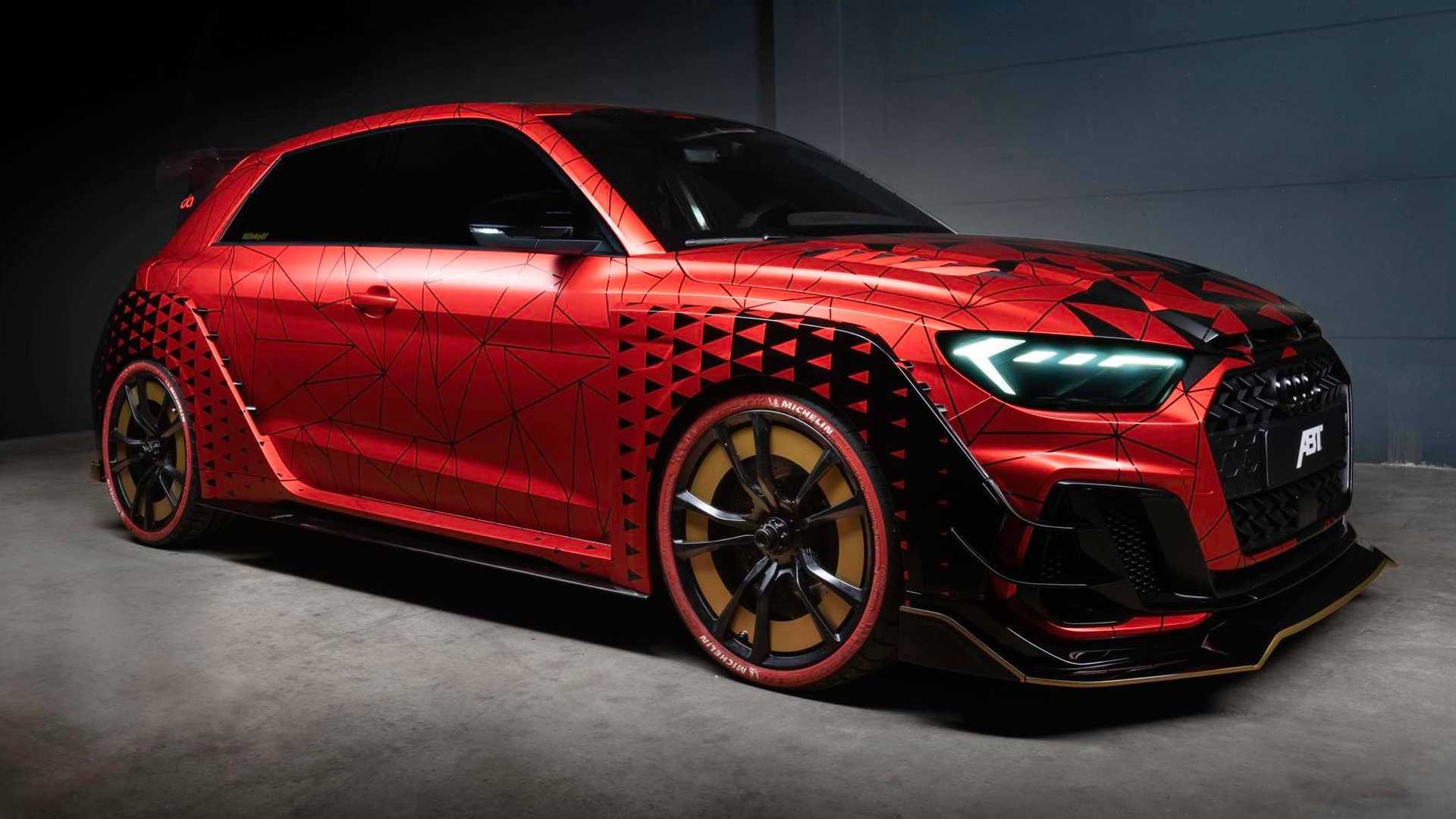 ABT had already released some upgrades for the new Audi A1 hatchback, but their One of One project is a different story altogether: the car gets a racing-spec engine from the Audi TT Cup.

The two-liter racecar mill has been designed specifically for track performance and pushes 310 horsepower (231 kilowatts) to the wheels – more than any A1 ever had. Furthermore, the factory-provided Overboost mode enables raising the output to 340 hp (254 kW) for a short while, and ABT promises to improve it even further to 400 hp (~300 kW).

The exterior of the А1 One of One does its best to match the engine power. There’s a dual-tone red/black paintjob, new bumpers, fenders, hood, rear diffuser, side skirt extensions, rear wing, and 19-inch wheels. Wrapping up the list is a custom exhaust system.

Inside, a roll cage takes up the space of the second seat row, the rear doors are welded shut, and the front row is represented by racing-spec bucket seats. The entire cabin comes trimmed with Alcantara and carbon fiber.

No acceleration times are available at this stage, but we will likely be hearing more from ABT soon.