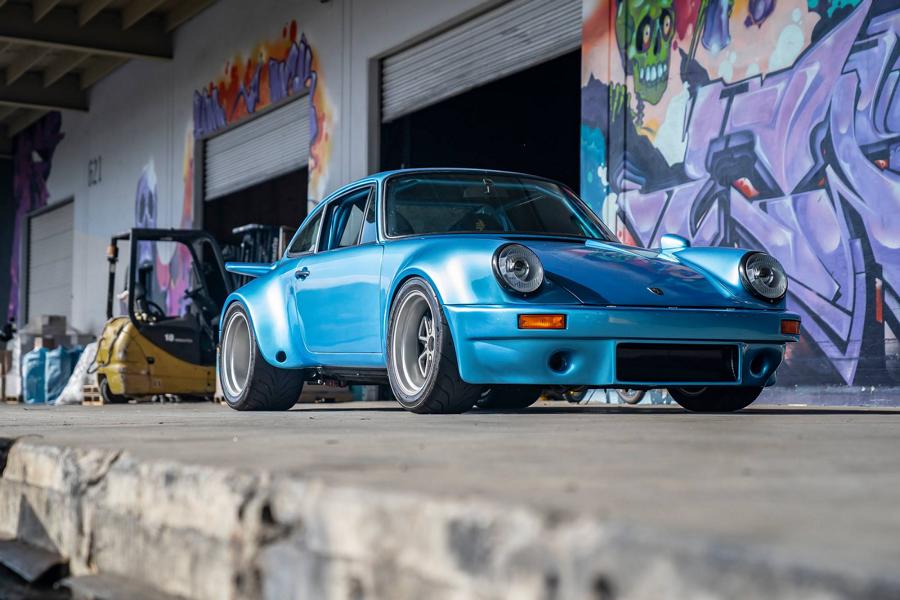 This project is not really new, but it is still a masterpiece worth returning to. California-based Bisimoto Engineering has not just restored this 1975 Porsche 911 (930) Turbo to top condition, but also gave it a 1,200-horsepower engine.

For starters, the team threw out the stock engine, replacing it with a more modern M96 mill rated at 300 hp (224 kW). It proceeded to upgrade that with dual ball bearing turbos (Bisimoto Turbonetics BTX5857), a revised intake system and a superior intercooler with a water cooling circuit. Of course, the full list just goes on and on. As a result, the actual brake horsepower skyrocketed to 900 hp (671 kW), with the maximum torque coming close (840 Nm, or 620 pound-feet).

Later on, the team experimented with even larger turbos and racing fuel and got 1,200 hp (895 kW) out of the I6, but decided against going this far. Still, a record is a record!

Among other things, this Porsche 911 (930) Turbo sports a front center air intake, extended fenders and a large cutout in the rear end – perhaps for bragging rights as much as for cooling.

Wrapping up the list are side mirrors taken off a Porsche 550 Spyder, 17-inch Fifteen52 rims, Eibach coilovers, Recaro bucket seats with five-point safety harnesses, a roll cage, and an engine control unit taking up some space where the rear seats used to be.