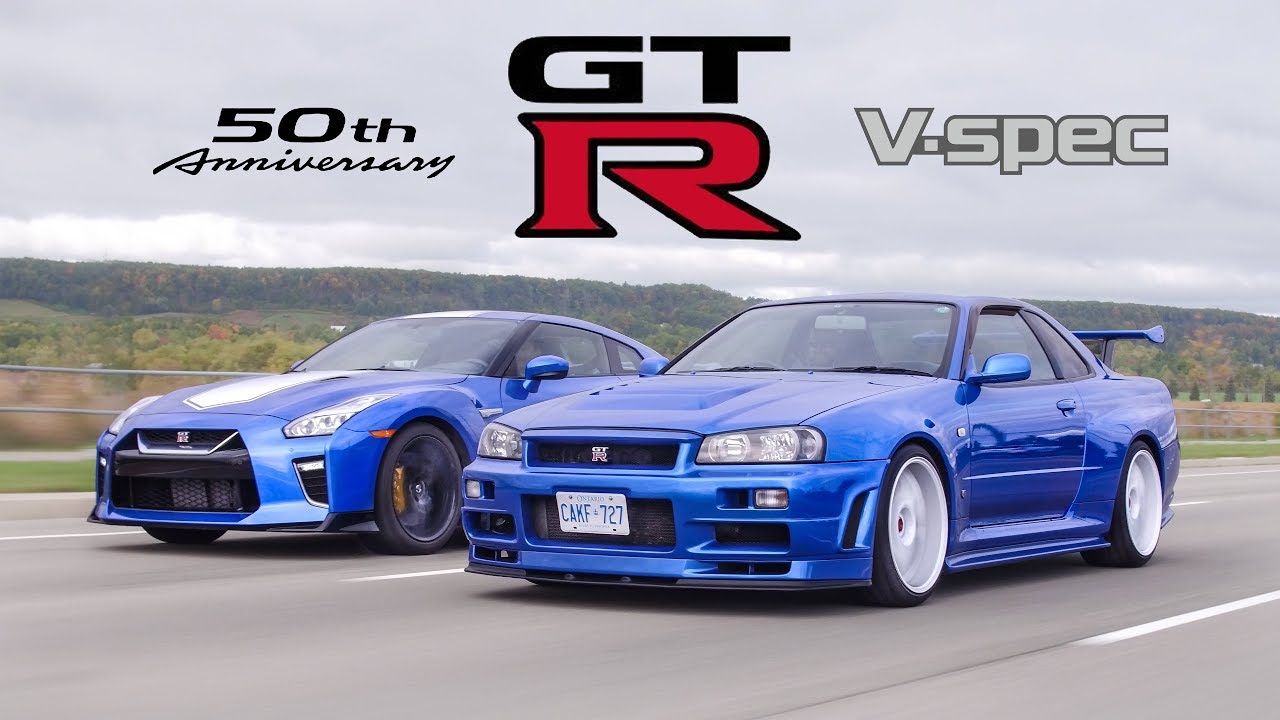 The Nissan R34 GT-R secured an enviable position in the history of the entire automotive industry long ago. But how would it compare against the Nissan R35 GT-R, which the Japanese company released to celebrate its 50th anniversary? That is what the crew of the YouTube channel The Straight Pipes wanted to find out.

Unlike the normal R34 GT-R, the V-Spec performance version gets a potent twin-turbo engine (RB26) with 504 hp (376 kW) at the crank. A six-speed manual transmission feeds the torque to all four wheels.

The modern R35 GT-R boasts the famous Bayside Blue livery and packs a 3.8-liter, twin-turbo V6 engine good for 565 hp (421 kW). The transmission type is six-speed dual-clutch. The car also has a slightly tweaked interior, with gray leather covering the gear knob, the steering wheel and the seats, and special plaques testifying to the rarity of the series.