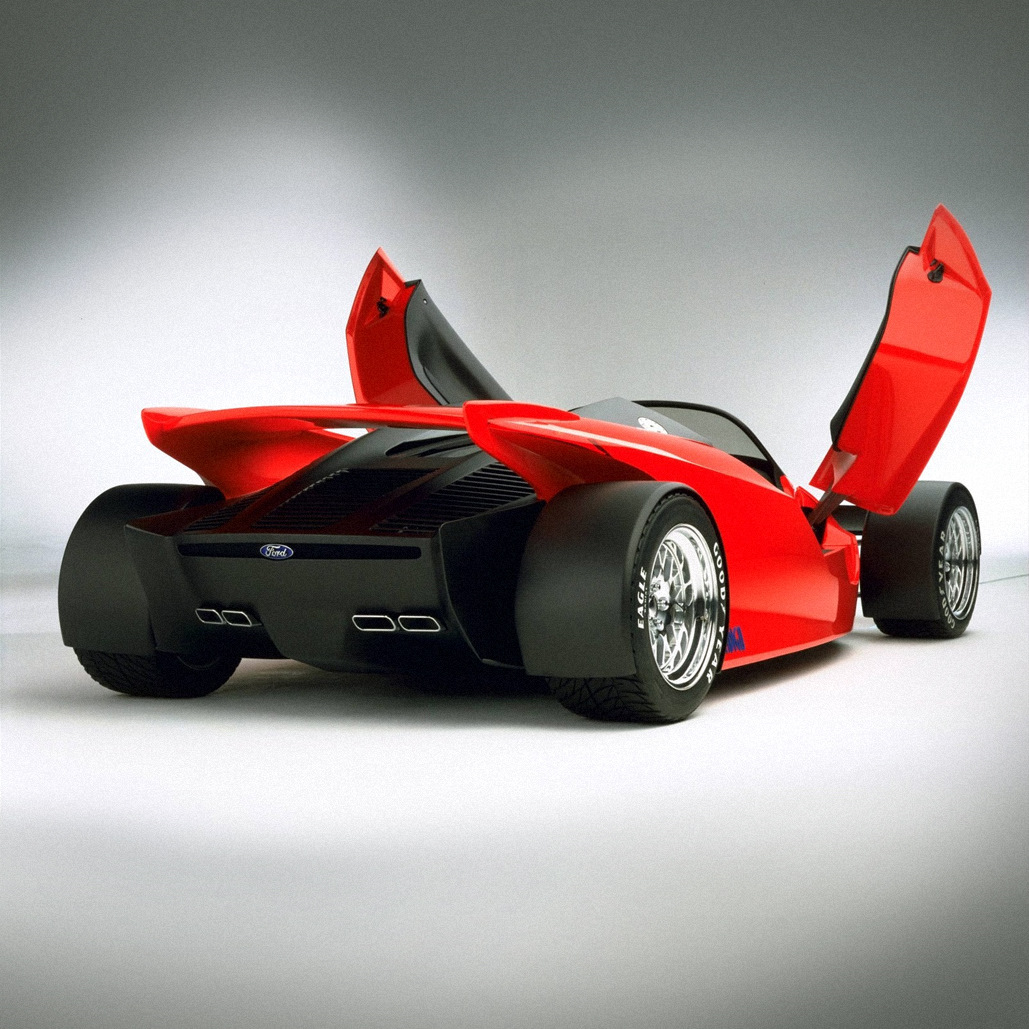 What you see here is a Ford Indigo, one of only three prototypes the U.S. carmaker designed with the assistance from Reynard Motorsport in 1996. The mockups were made to resemble IndyCar series vehicles.

The external appearance is highly unusual: note the exposed wheels, the enormous front spoiler, the built-in rear wing and the outlines that evoke associations with roadsters from the 1930s, rather than just the modern racing cars. Furthermore, it is now revealed that the famous New Edge design philosophy – which the first-gen Ford Focus was based upon, among others – drew its inspiration from the Indigo Concept.

The prototype is also markedly futuristic. There are stylish LED lights hidden in the spoiler and the side mirrors, a digital dashboard, a manual transmission with hydroelectric clutch linkage, and gear-shifting buttons on the steering wheel. One of the three concept cars received a six-liter V12 engine rated at 435 hp (324 kW) – the same mill that Aston Martin started using in its supercars later on.

The other two remained pure ‘rollers’, a term used to describe a full-size mock-up of a car without the engine. All three have been sold to various collectors in 2002, and this particular example is now on sale once again.

Its current owner, who lives in Detroit, USA, claims his car is the most complete of the three, despite the lack of engine: it has a fully featured cabin and properly working doors. Its condition is being described as ‘stock’, since it only ever participated in car shows.