Ford sends its Bronco SUV to the desert 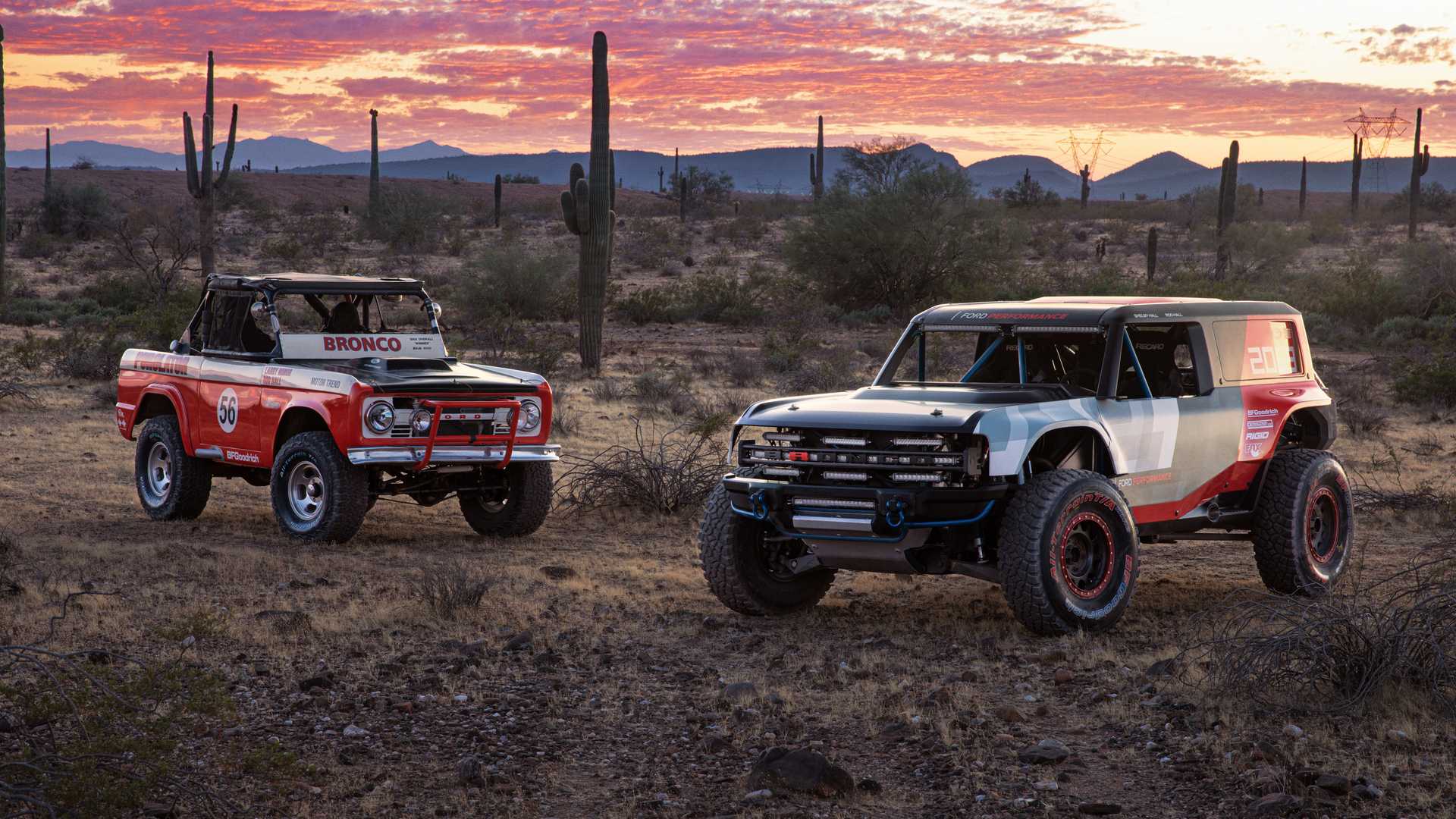 Ford continues working on its upcoming new SUV, the Bronco. Despite the fact that the car isn’t even out yet, the company has built a rally version of it and is already testing it in the desert.

Piloting the first Ford Bronco in history half a century ago, Rod Hall’s racing team won the Baja 1000. The modern reincarnation of the model pays homage to its ancestor by joining the same race piloted by Rod’s granddaughter, Shelby Hall.

Aside from the obvious PR value, participating in the Baja 1000 will enable Ford to test the chassis of the new Bronco for durability in extreme conditions. The car sports numerous upgrades that make it stand out against the rest, such as increased suspension travel (355 mm / 13.9” front, 450 mm / 17.6” rear), 17-inch wheels, and 37-inch BFGoodrich tires. Some of its bodywork is made of carbon fiber, and there are LED strips augmenting the classical headlights.

The inner space has also been revised for the race. Gone are the windows and the rear sofa, and the only remaining rear seat is accessible via the roof hatch. Additions include racing-specific instruments and a roll cage.

Ford remains tight-lipped about the engine of the SUV, though most observers seem to agree that it comes powered by the 2.7-liter Mustang V6.

The Ford Bronco will hit the showrooms throughout the USA next spring. It will likely be assembled on the same body-on-frame platform as the latest Ranger pickup and come in two body sizes (normal/3-door and LWB/5-door). Detachable doors and roof, like on its main rival the Jeep Wrangler, are possible. Original shipments will be made with the 2.3-liter EcoBoost engine rated at 270 hp (207 kW) and 420 Nm (310 lb-ft) of torque under the hood, but a hybrid version should become available later on as well.