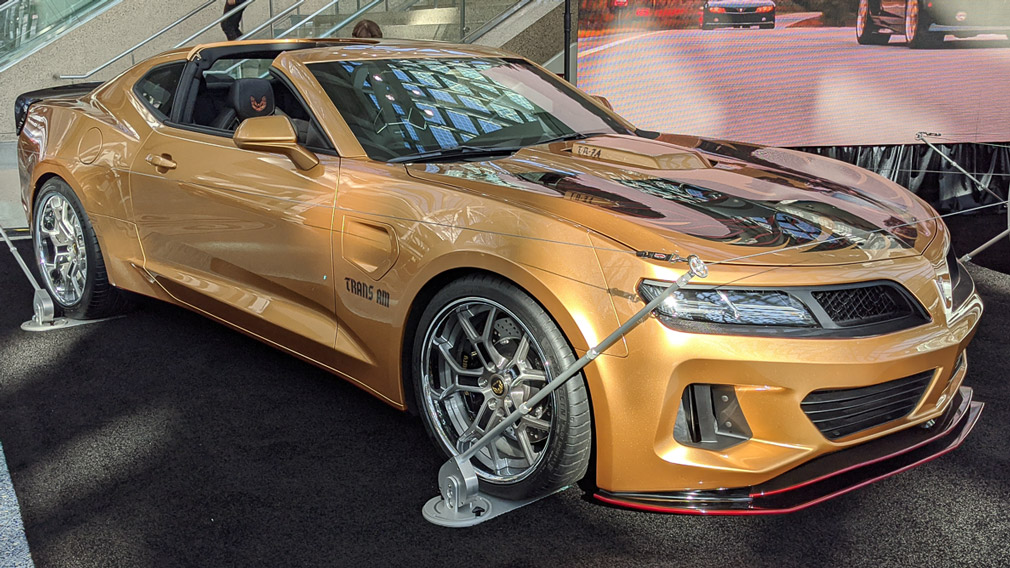 Pontiac has brought a collector’s edition of its Firebird Trans Am sports car to the ongoing Los-Angeles Auto Show.

The production run will be limited to 77 units. The model boasts steering tweaks, lower ride height and new wheels along with an extra air intake in the hood and new anti-fog lights.

Stylistically, the Pontiac Trans Am 2020 references the retro cars of the 1970s. Nothing is being revealed about the powertrain, which leads us to assume that the old V8 with 330 hp (246 kW) at the crank remains in place. That said, Pontiac might want to launch a hybrid version as well, based on a gasoline V6.

The Pontiac Firebird is one of the U.S. marque’s most famous sports cars. The model exploded in popularity after the Knight Rider series came out, starring David Hasselhoff driving the AI-powered vehicle named K.I.T.T. (watch the video if you feel nostalgic).