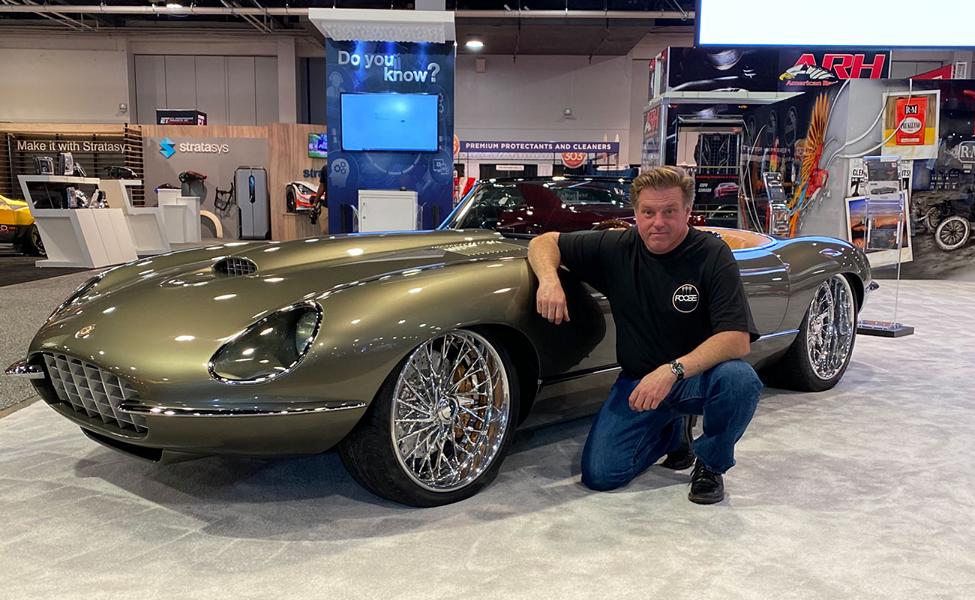 Enzo Ferrari himself once called the Jaguar E-Type ‘the most beautiful car ever created.’ This was around sixty years ago, though, and only a few copies survive to our days. Thanks to Chip Foose, from C. Foose Design Inc., one of these will probably enjoy a much longer and happier life than most. Let us have a closer look, shall we?

The two-seater came out in 1974. Foose replaced its entire lighting set, installed modern chrome wheels with a retro look to them, and lowered the ride height somewhat. He also ordered a custom MagnaFlow exhaust system with quad tailpipes coated with chrome.

The engine deserves a separate mention. In its factory guise, the Jaguar E-Type packs a 5.3-liter naturally aspirated V12; this particular example had it swapped out for a Chevrolet LS3 6.2 V8 rated at 525 hp (391 kW). A four-speed automatic transmission (GM 4L60-E) delivers the power to the wheels.

Naturally, the cabin has been re-trimmed from scratch in a brown/orange gamma. The restored dashboard with analog instruments and the classical wooden steering wheel still remind of the respectable age of the roadster.

The project took two and a half years to complete and caused quite a stir at the SEMA 2019. The author probably received a few six-digit offers for the restomod, but it remains open whether he will be willing to part with it anytime soon.