They Exist: Man spots a Tesla Cybertruck speeding down a road 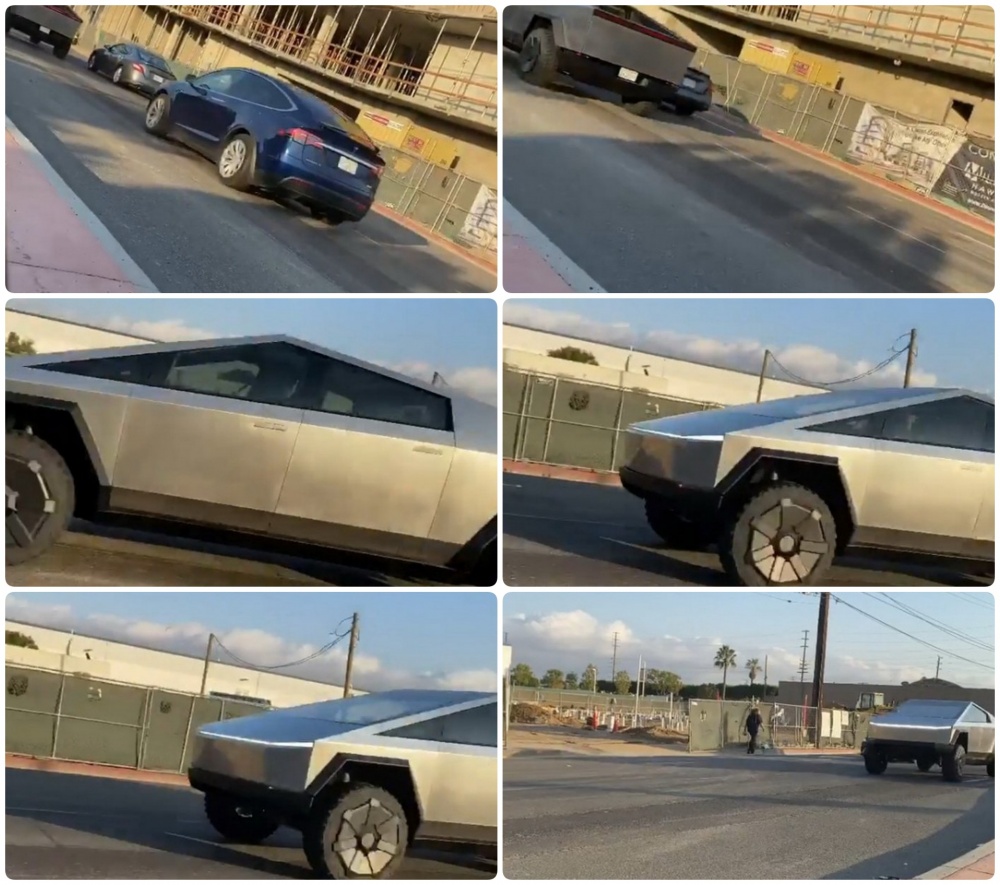 Tesla’s pioneering pickup truck sports an unconventional exterior, to say the least. We have all seen the reveal event along with the carefully framed and strategically lit advertising photos, but how does the real thing look in the actual traffic? Here’s how.

The short video was published by Instagram user chicago_roy, who claims he filmed it in Hawthorne, Los-Angeles County, California. This is right next to the headquarters of Elon Musk’s another company, SpaceX.

Tesla holds high hopes for its electric truck, saying it should revolutionize the very concept of ‘pickup truck’. It also argues that its exterior styling, however otherworldly it might look, is also meant to revitalize the industry and offer a fresh perspective on such things. Musk says all modern pickups look too much like one and the same car, while the Cybertruck invariably stands out from the crowd.

In its top-tier/triple-engine implementation, the truck will sprint 0-100 km/h (0-62 mph) in barely more than three seconds, run a quarter-mile in 10.8 s, and cover 800 kilometers (500 miles) on a single battery charge. The entry-level/single-motor specification will sprint in 6.5 seconds and travel as far as 400 km (250 miles) before charging becomes necessary. Using adaptive suspension will enable it to have up to 400+ mm (16 inches) of ride height and even lower the truck bed automatically whenever you need things loaded or unloaded.