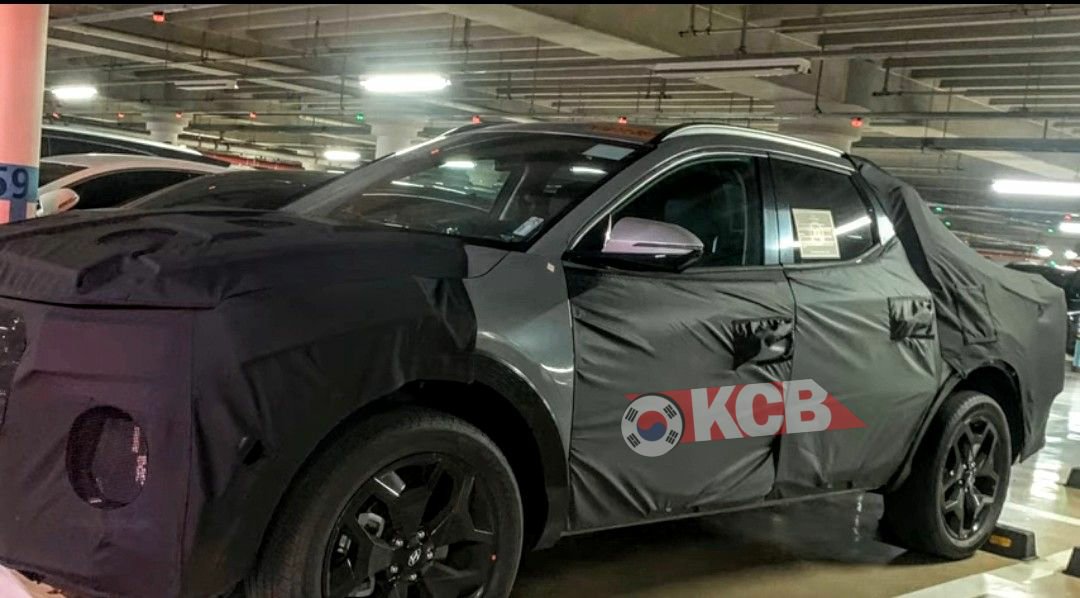 The South Korean carmaker confirmed its intention to launch a pickup truck model in 2021 a while ago, but wasn’t until today that the first image allegedly showing the car wrapped in disguise surfaced online.

All we know to this date is that the marque’s newest addition to the lineup will enter production in Montgomery, Alabama, USA, and be called the Santa Cruz. The rest of the images here show the Santa Cruz Concept upon which it will be based.

According to Hyundai, the car will be relatively compact and ship with several cab sizes, AWD, and a 2.5-liter IC engine assisted by an electric motor. Nothing has been revealed about the specs so far.