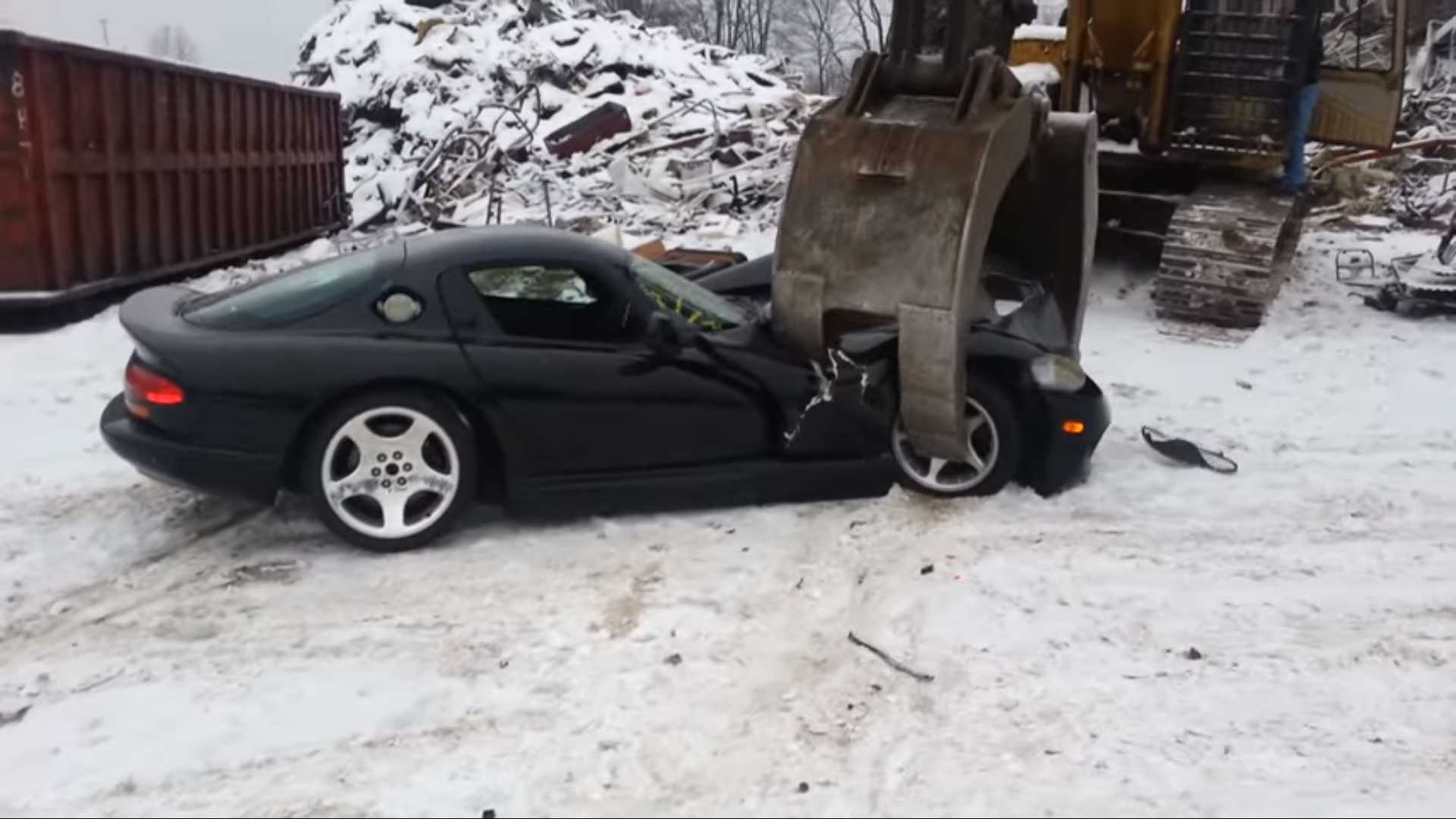 A video cropped up on Instagram a couple days ago that made many an American sports car fan feel the hair standing up on the back of their necks. Watch at your own discretion!

As it turned out, the whole story began nearly six years ago, and nearly a hundred cars have been scrapped since. The official rationale provided by Dodge surprises even more than the sheer number of cars destroyed: apparently, the Vipers were wrecked… for the sake of safety.

Apparently, Chrysler Group had built numerous experimental and pre-production versions of the Dodge Viper before the first generation came out. None of these prototypes were road-legal due to missing essential components. Later on, the automotive corporation gifted 93 cars to various educational institutions as examples for studying the engineering principles involved. Despite all precautions, two of these cars somehow ended up out on city streets, and both ran into accidents.

Since Chrysler Group still formally held ownership rights for the vehicles, it was legally deemed the responsible party. To prevent such situations from occurring in the future, the corporation chose to recall and destroy all 93 Vipers.

University of Puget Sound students attempted to save the prototype No. 004 from this unfortunate fate by hiding it away and subsequently even putting it up for sale, hoping for a collector to grab it before the company did. The attempt failed, however, and the car went under the dozer just like the rest.