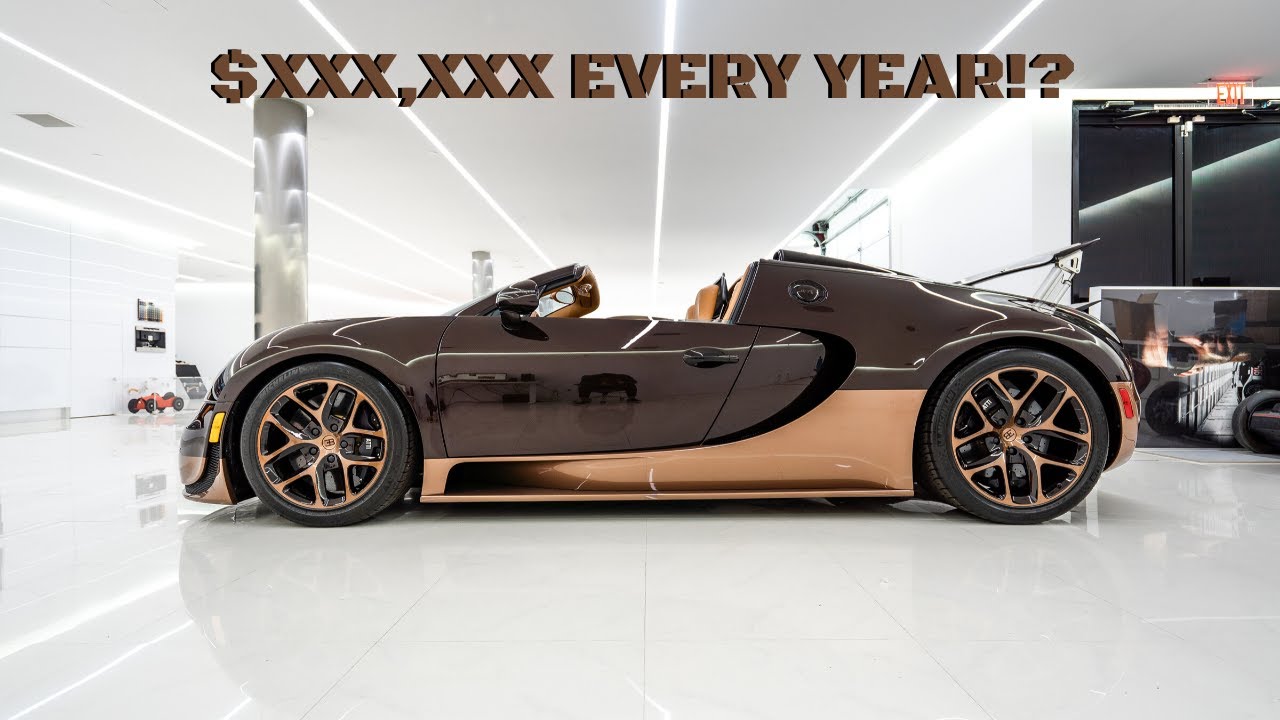 The Bugatti Veyron might be one of the world’s most expensive personal land vehicles, but buying it is not where the expenditure ends – not by far, as Manny Khoshbin demonstrates in this video.

The owner of two Veyron hypercars (out of the 450 total produced in 10 years) has taken pains to calculate just how much money precisely goes into them every year. For instance, changing the fluids alone costs U.S. $25,000 per year: the car has as many as 16 drainage plugs – twice as many as the Lamborghini Huracan. Refilling the fluids involves unmounting the rear wheels, the brakes and the fender flares.

The U.S. Environment Protection Agency (ЕРА) voiced concerns about the high maintenance costs of Bugatti cars last year. The company found that repairing one turbocharger costs $6,400; repairing two costs $9,000. A new air conditioner will set you back $9,000, but the car uses dual conditioners, and installation alone adds another $2,000 per unit. The fuel tank remains the single costliest replacement part: $20,000 to buy and $22,000 to have installed.

Having said that, if you count your money you probably shouldn’t bother with expensive cars in the first place. In addition to the two Veyrons, Manny Khoshbin owns a Bugatti Chiron Hermes and five Mercedes SLR McLaren. He also intends to sell one of his Veyrons to free up room for another, more exotic car – a rare Ford GT, a Koenigsegg Jesko, a McLaren Speedtail, a Mercedes-AMG One, or perhaps even a Porsche 935.