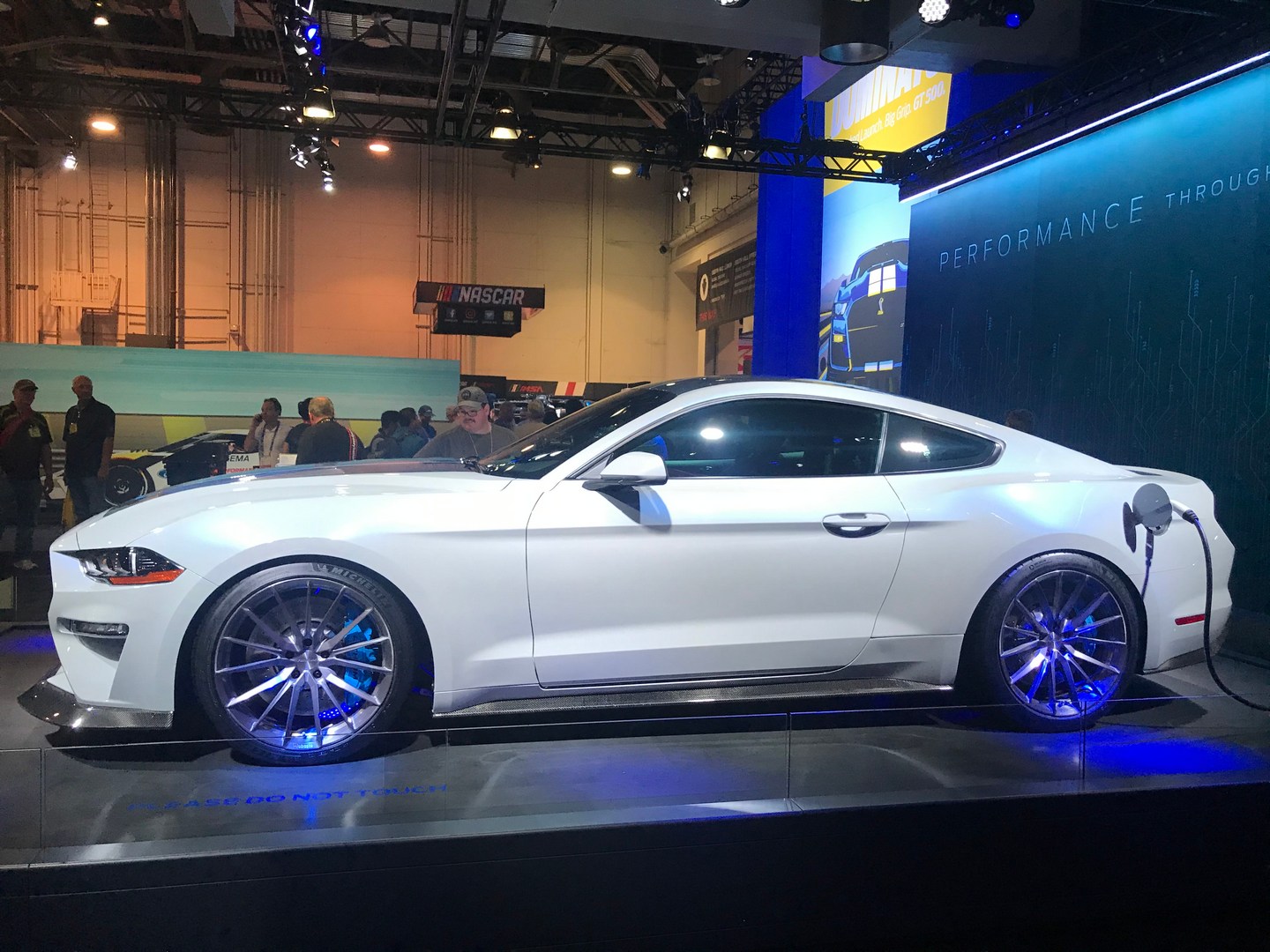 According to multiple reports, the company is seriously planning to make its iconic muscle car run on electric power. It is official that the next generation goes hybrid, but not EV, so we will likely have to wait a bit longer than that.

When the Ford Mustang Mach-E debuted last month, everyone felt it their duty to point out that the SUV had nothing in common with the Mustang lineup, apart from the name and a few styling cues. Ron Heiser, Chief Engineer and leader of the project, said that the platform the company designed for the car could be flexibly re-used to produce a wide range of different vehicles. Among other things, it supports lengthening and shortening the wheelbase, installing different kinds of batteries, and mounting electric engines either on both axles or on the rear one.

As for the promising Mustang Lithium EV Concept that the company unveiled a month ago (see the photos and the video), it will forever remain a design study and nothing more. Co-designed with Webasto and introduced at the SEMA show in Las-Vegas, the car came equipped with a custom dual-rotor engine developed by Swiss company Phi-Power. A six-speed manual transmission sent 900 hp (671 kW) along with 1,350 Nm (1,000 lb-ft) of torque to the wheels. The 800V lithium-ion battery came equipped with a liquid cooling circuit, but Ford did not discuss its capacity.

The original Mustang emerged back in 1964. The sixth generation has been around since 2015 and received its refresh last year. The new generation should crop up closer to 2021, with the abovementioned hybrid powertrain as one of the available options.