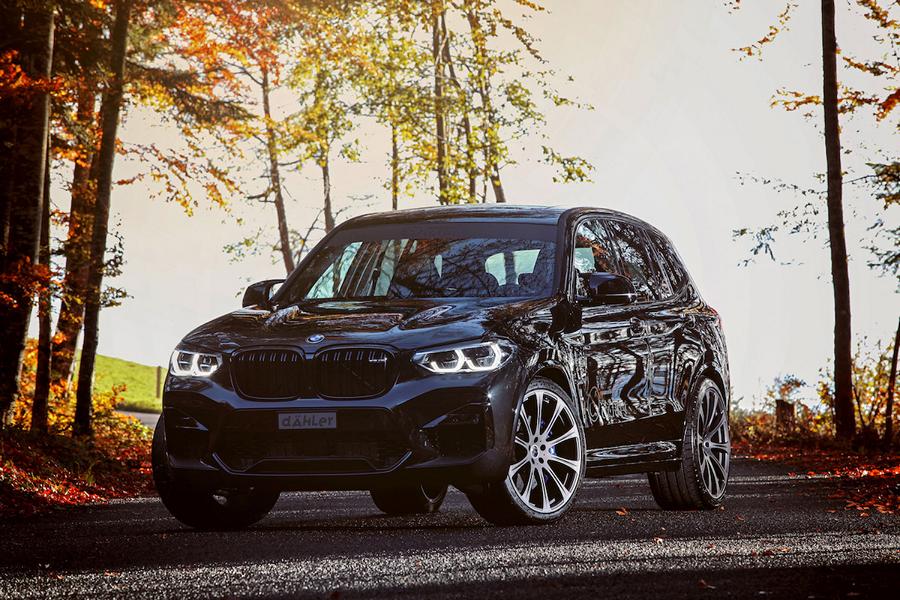 In theory, the BMW X3 M Competition can outrun any and all competitors thanks to its twin-turbo six-cylinder mill churning out a whopping 510 hp (380 kW). In reality, the Mercedes GLC 63 AMG has 0.3 s faster sprint time. Fortunately, German tuner dÄHLer addresses this flaw with its newest boost kit.

Other options currently listed by dÄHLer include 22-inch CDC1 wheels and in-house-designed lowering springs. Later on, the company intends to launch a sports suspension kit for the model. While not official, rumor has it a Stage 2 of the upgrade might also be in the works, which would raise the power to 700 hp (522 kW) or even above that.