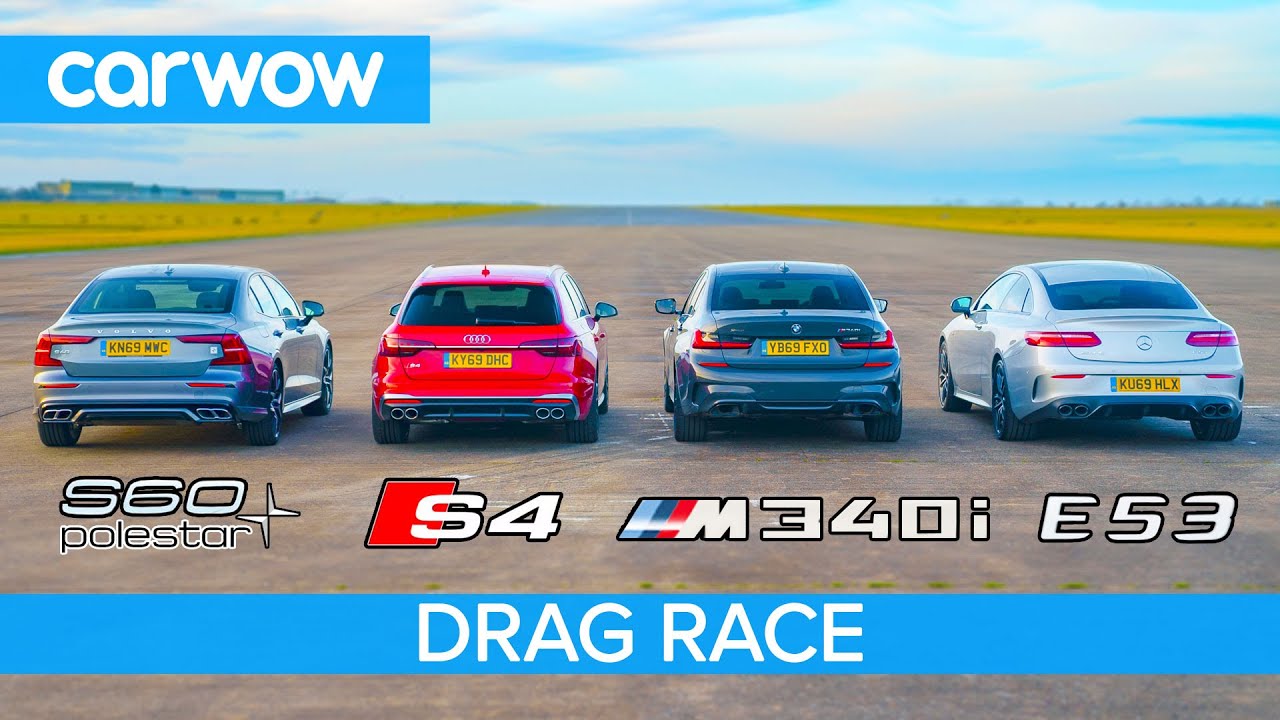 The indefatigable British team CarWOW never fails to surprise us with fresh ideas for drag strip action. This time around, it came up with a four-car showdown where little spec comparison could be made between any two entries.

The first contender is an Audi S4 Avant, which packs a 3.0-liter, six-cylinder TDI engine churning out 347 horsepower (259 kilowatts) along with 700 Nm (516 lb-ft) of torque. The diesel mill is turbo- AND supercharged at the same time, and comes with a 48V electric starter add-on contributing 11hp (8 kW) of its own. The transmission is eight-speed automatic, and the curb weight amounts to 1,855 kilograms (4,090 pounds).

The second entry – a BMW M340i xDrive – features the same displacement and cylinder count, but chugs gasoline and has no hybrid attachments. It comes manufacturer-rated for 374 hp (279 kW) and 500 Nm (369 lb-ft) of torque and also uses an eight-speed auto gearbox. Not being a hybrid car enables it to weigh in at just 1,545 kilos (3,406 lbs).

Watch the video now or read on for spoilers.

As it turned out, the drivetrain and weight differences had remarkably little effect on the outcome. All four cars ran the quarter-mile in the same amount of time, all four hit 80 km/h (50 mph) almost simultaneously, and all four finished the race with around 113 km/h (70 mph) on the counter. The sophisticated hybrid systems, despite adding between 300 and 400 kilograms (670 – 900 pounds) of weight to the cars they were installed upon, proved nearly useless in terms of sheer acceleration performance.