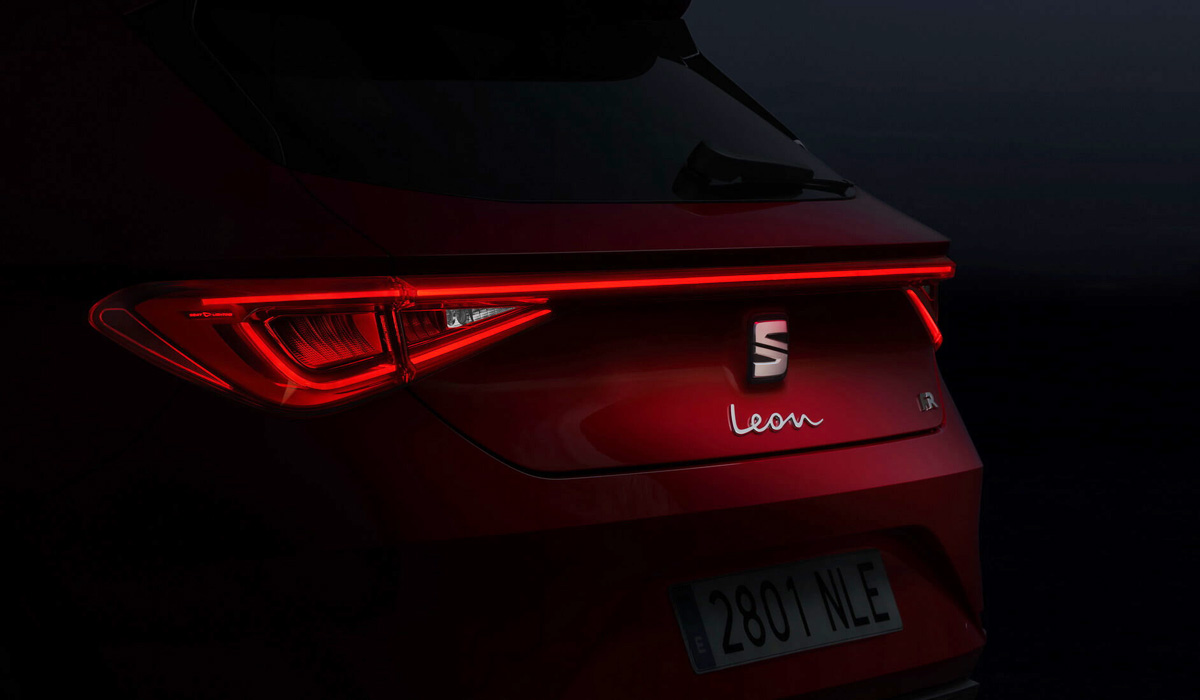 The Spanish automobile brand has released yet another dimly-lit teaser image showing the rear end of the upcoming Seat Leon IV.

The pic shows a thin LED stripe connecting the taillights, a visual feature found in many modern cars. It looks quite stylish on the Leon.

The newcomer shares the main design architecture with the VW Golf, and comes powered by assorted gasoline and diesel engines. A hybrid version based on the Skoda Octavia RS powertrain (1.4 turbo + single electric motor) will also be available. Finally, a high-end Leon might emerge later on packing around 300 hp (224 kW) under the hood.

An earlier teaser pic shown below depicts the headlights with integrated dynamic blinkers, while the video provides a glimpse at the digital dashboard and the ambient lighting.