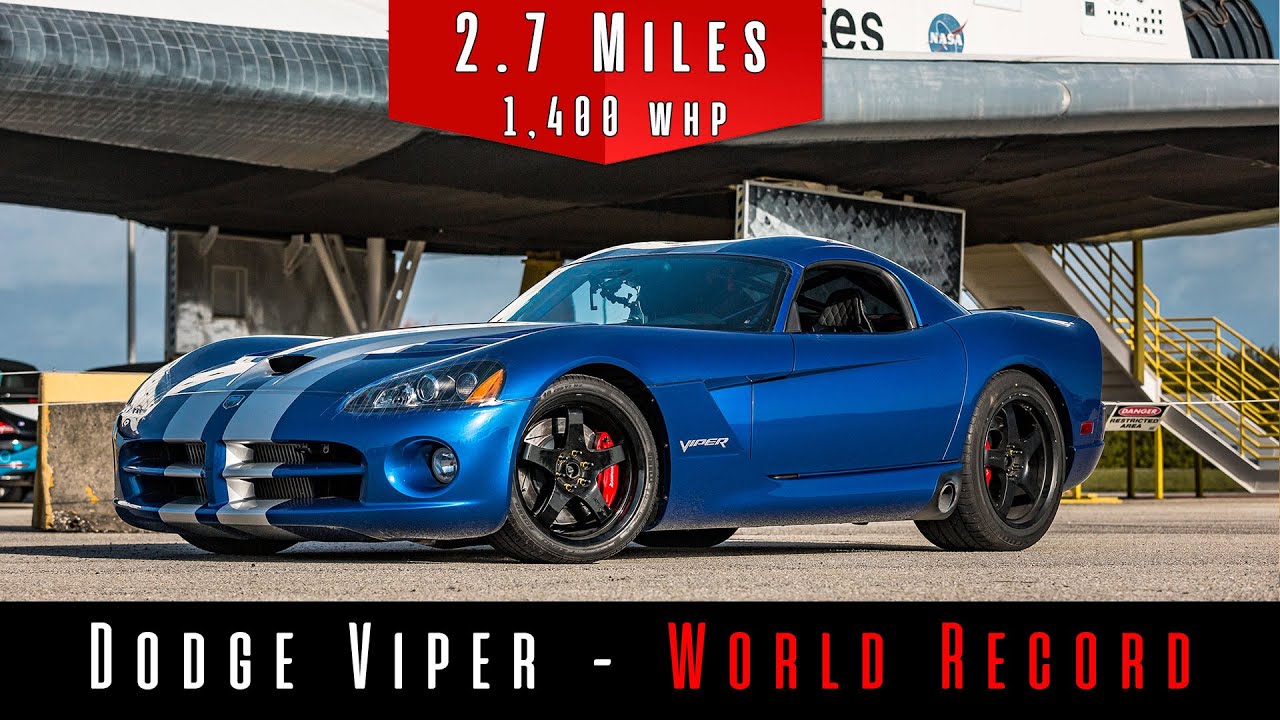 The famous Johnny Bohmer Proving Grounds in the U.S. state of Florida used to serve as the takeoff and landing area for space shuttles, but its current role is that of the ultimate supercar testing ground. The straight racetrack counts among the flattest on Earth: being approximately 4.8 kilometers (3 miles) long and 90 meters (300 feet) wide, its total altitude variation never exceeds several millimeters (fractions of an inch). No wonder this location was chosen for testing the world’s fastest Dodge Viper, which accelerated to 406.5 km/h (252.6 mph).

The crew admits that it did not expect to set any records on the proving day. The tuner simply wanted to try out certain engine mods at higher speeds. The car came to the start line equipped with a naturally aspirated V10 – one of the world’s largest non-turbo engines ever installed on production cars – and packed 1,400 horsepower (around 1,050 kilowatts) under the hood thanks to added dual turbochargers and other tweaks. It had a brake chute to cope with that kind of acceleration potential.

One of the more interesting details of the test run was that the whole process was well documented and properly measured. This means that the Guinness Book of Records may agree to register the record even though it was only contacted after the fact. But for now, make yourself comfortable and treat yourself to the video of one of the most unhinged drag strip acceleration stunts in history.