This bloodthirsty tuned-up Priora could be a hit outside of Russia, too 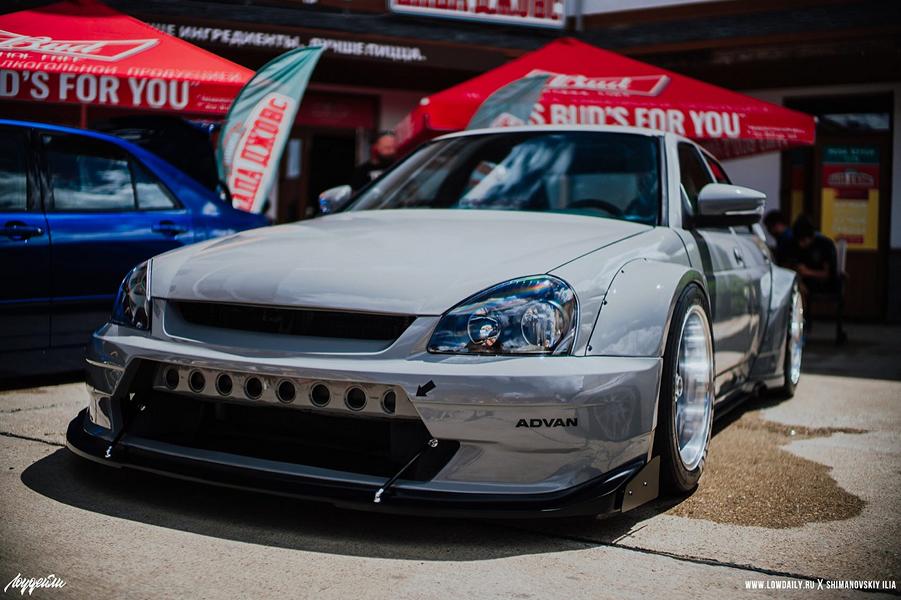 The cheap Lada PRIORA 2170 range by Russian carmaker AvtoVAZ is just about as popular on its domestic market as it is unheard-of in developed countries. Seeing projects like this one, though, one could almost feel as if one were missing out on something great.

The rather belligerent-looking body kit is one of Wideworx’s latest projects. It looks a bit like aerodynamic package of the Lada Priora WTCC 2009 built specifically for that year’s championship. It consists of a brand-new lower bumper with a humongous splitter, equally gargantuan bolt-on fenders, a massive cocked ducktail spoiler, and a rear apron with large air openings.

Wrapping up the predatory image are custom wheels wrapped in ADVAN 255/40/17 semi-slick rubber and a slammed stance.

All of the above may seem interesting to the point you might be tempted to inquire for a price quotation – but this is where your dreams will come spiraling down. The client who ordered this monstrosity ended up handing over 10,000,000 Russian Rubles for it, which roughly converts into 143,000 EUR or 157,000 USD. The low-end, poorly equipped ride itself costs a mere 1/20th of that amount.

Price aside, though, how do you like the styling?

Reviews 24-04-2020
Chevrolet has revealed the main specs of its entire C8 Corvette lineup planned for release until 2025. The series will be getting more than 1,000 horsepower in a hybrid spec, as well as multiple right-hand drive and performance versions.
Like
Comments

Car Tuning 23-04-2020
There are many Mercedes-AMG SL-Class customs out there ranging from good to excellent, but this one by Three S Design puts most of them to shame.
Like
Comments
x
Feedback
Contact Form
UP