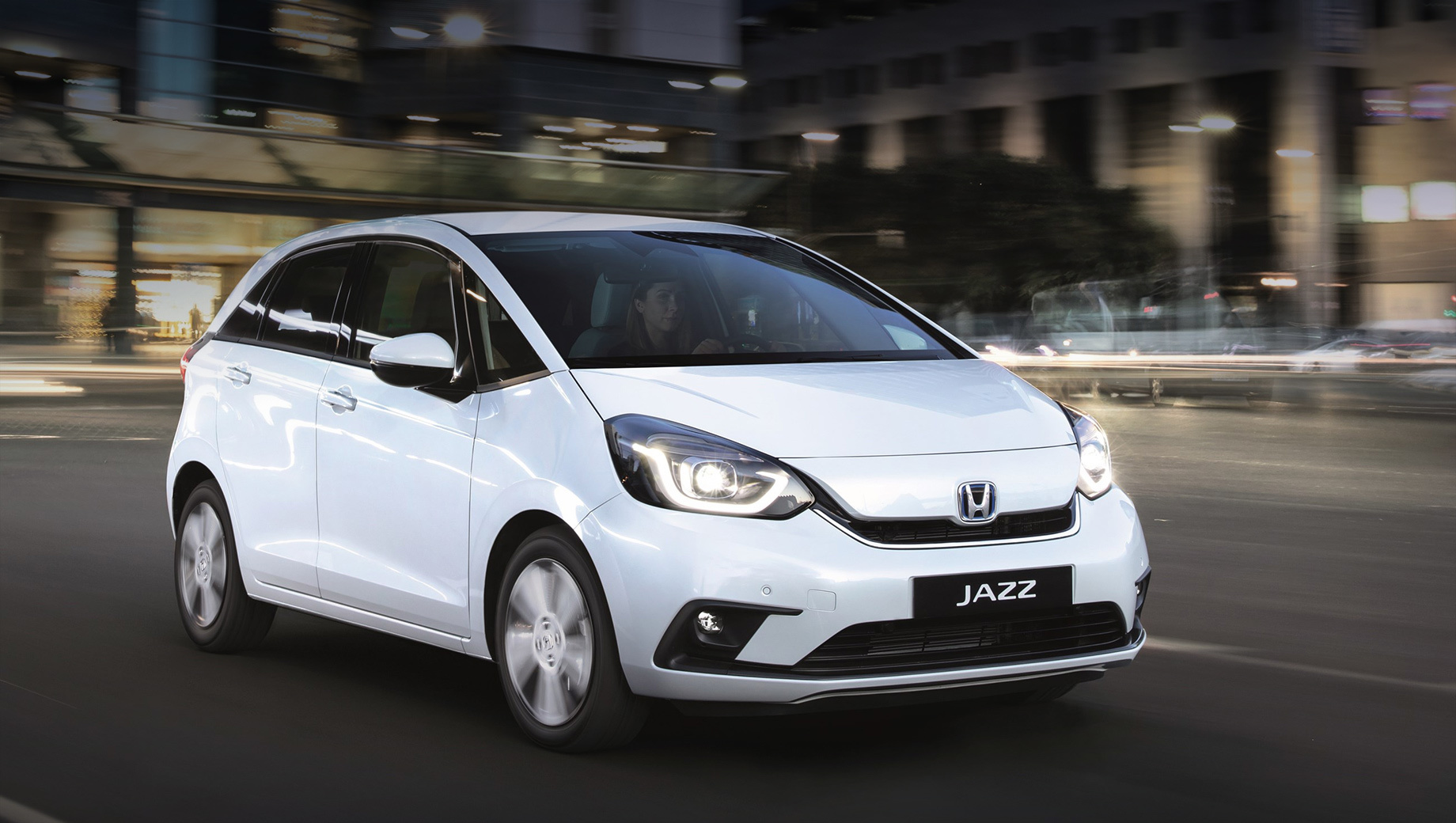 The new generation is coming in summer as a plug-in hybrid car that replaces its less economical, more CO2-producing predecessor. Naturally, this entails a price bump to €22,000 from just €17,290.

On the plus side, the new Honda Jazz consumes only 4.5 liters of gas per 100 kilometers covered, according to WLTP measurement protocols (previously: 5.8l–6.6l). It also produces much less carbon dioxide (102 g/km, previously 131–150 g/km).

The SUV-like Crosstar becomes even more expensive in the fourth iteration, now starting from €26,250. It boasts slightly larger dimensions, a plastic body kit imitating some kind of off-road padding, a contrast roof with railings, and hydrophobic interior trim. The new Crosstar PHEV consumes 4.8 liters of gas per 100 km and exhausts 110 g/km in emissions.

Inside, the digital dashboard measures seven inches across, and the infotainment display gets a size boost from seven to nine inches. The trunk size varies between 298 liters with the seats up to 1,203l with everything folded down, according to VDA standards (previously: 354l – 1,314l).

Finally, the most basic trim level now packs more safety-features than before. Refer to the manufacturer’s website for the full list.