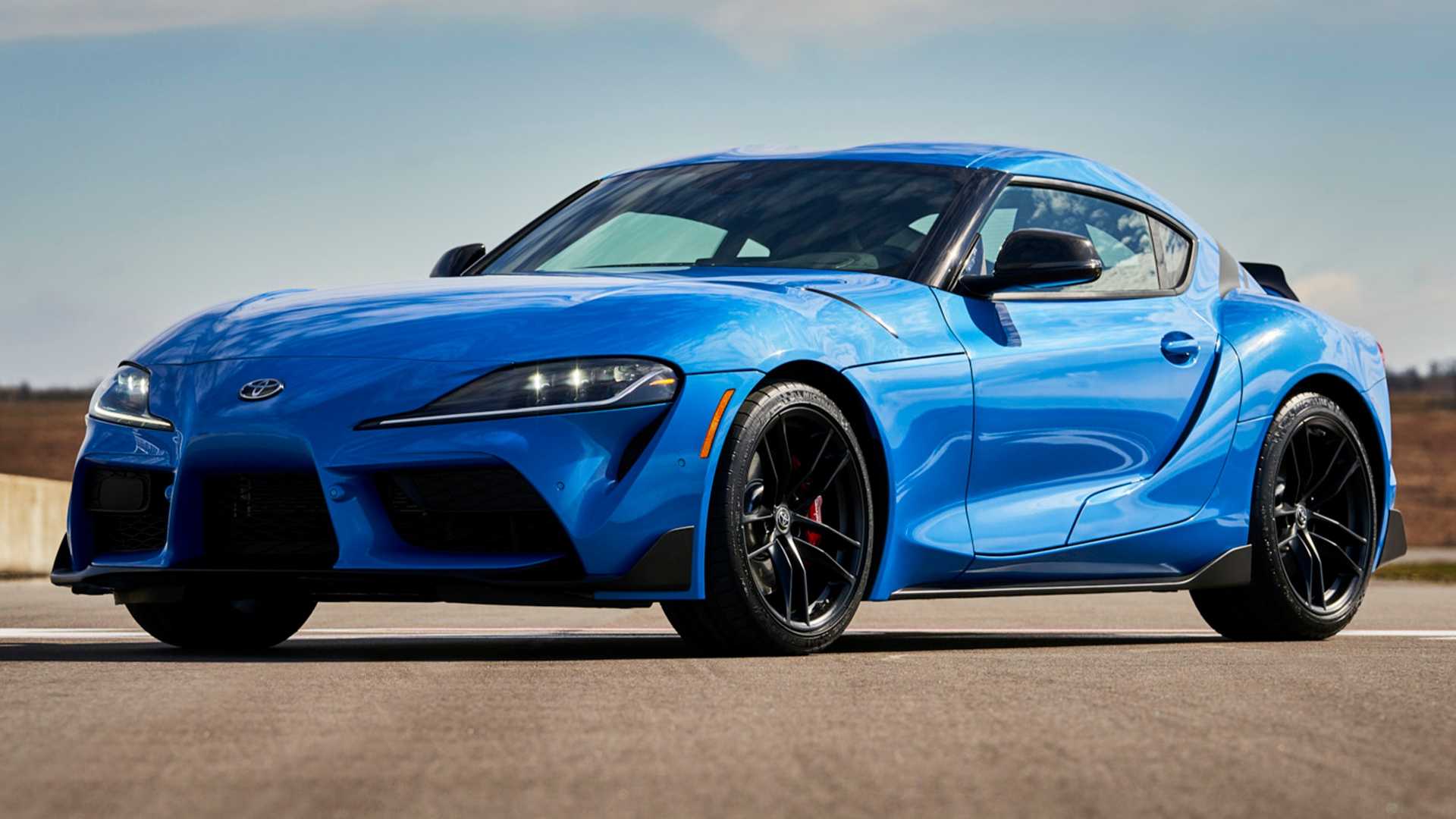 It has barely been a year since Toyota showed us the fifth generation of the Supra at the Detroit Motor Show, and the sales have begun even later than that. Still, the 2021 Supra is already underway.

The reveal took place at the Daytona 500 race in the United States. As expected, the sports car received a new turbocharged four-cylinder engine rated at 258 hp (192 kW), linked to an eight-speed automatic transmission. In this new spec, the Supra sprints 0-60 (0-97 km/h) in five seconds flat. It also trades the expensive 19-inch forged rims for cheaper 18-inch alloys, and foregoes the active differential gear and adaptive suspension. It even drops power-adjustable seats and reduces the audio system to four channels (down from ten). This makes us wonder what kind of price reduction it will ship with, but the company stays silent about pricing so far.

As for the standard 3.0 I6, this one becomes stronger in the 2021 version, packing 388 hp (289 kW) instead of just 340 (254 kW). In fact, the U.S.-spec BMW Z4 M40i roadster that the Supra shares its tech with has the same horsepower rating, so this makes all kinds of sense. What doesn’t make sense is why Toyota has waited so long before giving us this 48hp boost. Anyway, the six-banger now takes it to 60 mph (97 km/h) in 3.9 seconds rather than 4.1 s. At least, the following is true for the U.S. spec; whether the same boost will become available in Europe is not certain at this time.

Other enhancements include stiffer suspension, better roll stabilization and cornering performance, and plenty of software updates across the board. The 8.8-inch infotainment display is now standard in all trims, coming to replace the old 6.5-inch one. One new addition to the lineup comes in the form of a new option package called Safety and Technology, also available only in the USA thus far.

Toyota launched a special A90 Edition Supra last year to celebrate the revival of the series. The 2021 Supra gets the same treatment in its new A91 Edition (watch the video for details). A total of 1,000 cars will be released with expensive Nocturnal and Refraction paintjobs, the latter touted as particularly exclusive. Further niceties include a carbon-fiber rear spoiler painted black, black matte wheels, carbon mirror caps, unique c-pillar graphics, and a premium cabin trim made of black Alcantara interspersed with blue accents. The A91 Special Edition will only ship with the I6 under the hood; pricing remains unknown.