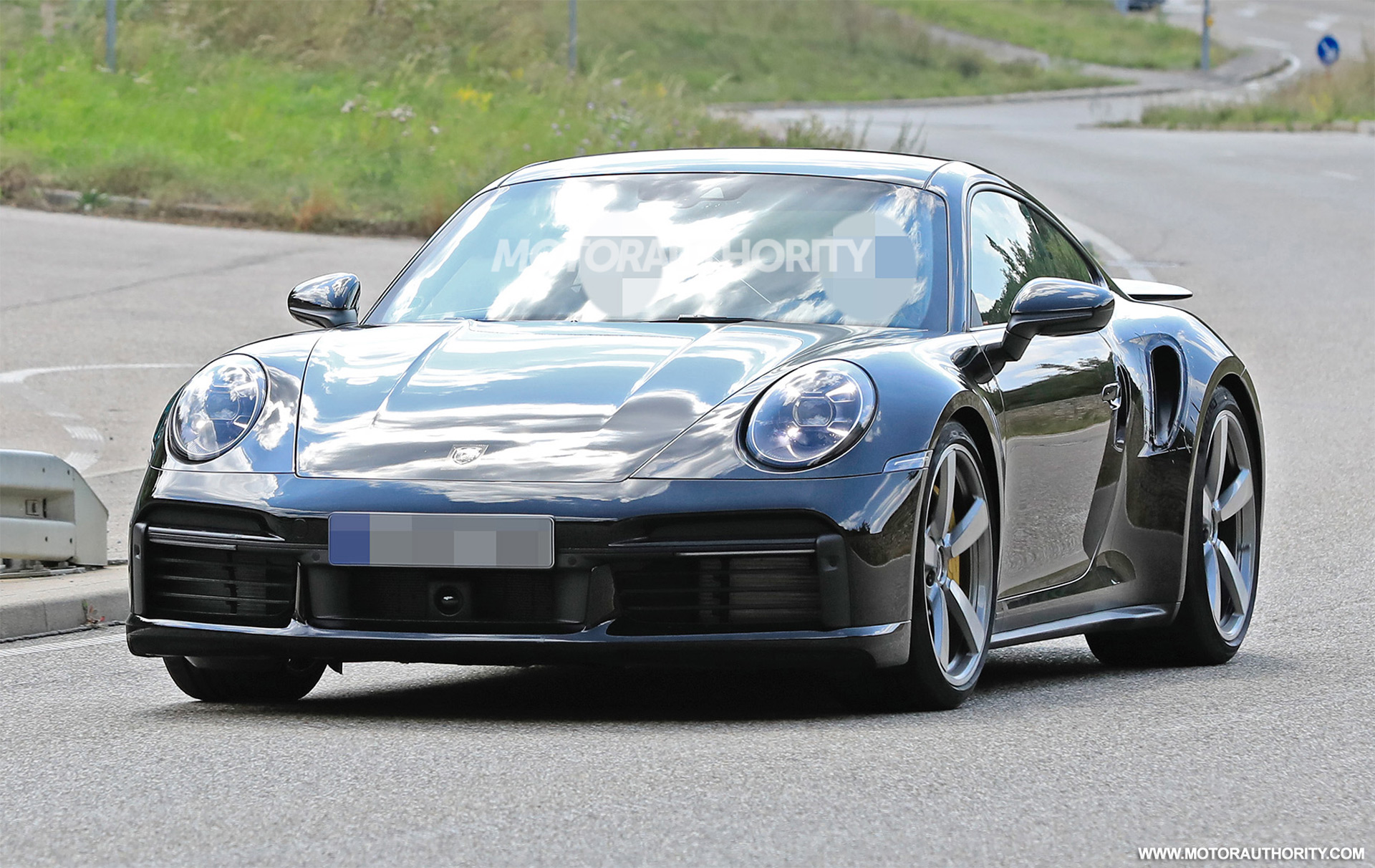 It has been more than a year since the new Porsche 911.992 debuted, but the mandatory Turbo and Turbo S specs are still missing from the lineup. Multiple sources have reported that these will be shown at the Geneva International Motor Show in Switzerland coming up in three weeks.

Both performance trims are expected to ship with the same 3.8-liter opposite-six-cylinder engine. However, while the Turbo will extract around 570 PS (418 kW) from it, the Turbo S will allegedly squeeze 620 or perhaps even 640 PS (455 – 470 kW) out of the mill.

Despite the lighter-than-standard-992 curb weight, both specs will be heavier than their 911-gen predecessors. This will hardly prevent both from making 0-100 km/h (0-62 mph) in under three seconds, though.

Later on, Porsche may unveil the new 911 Targa and GT2, followed by a hybrid or two.