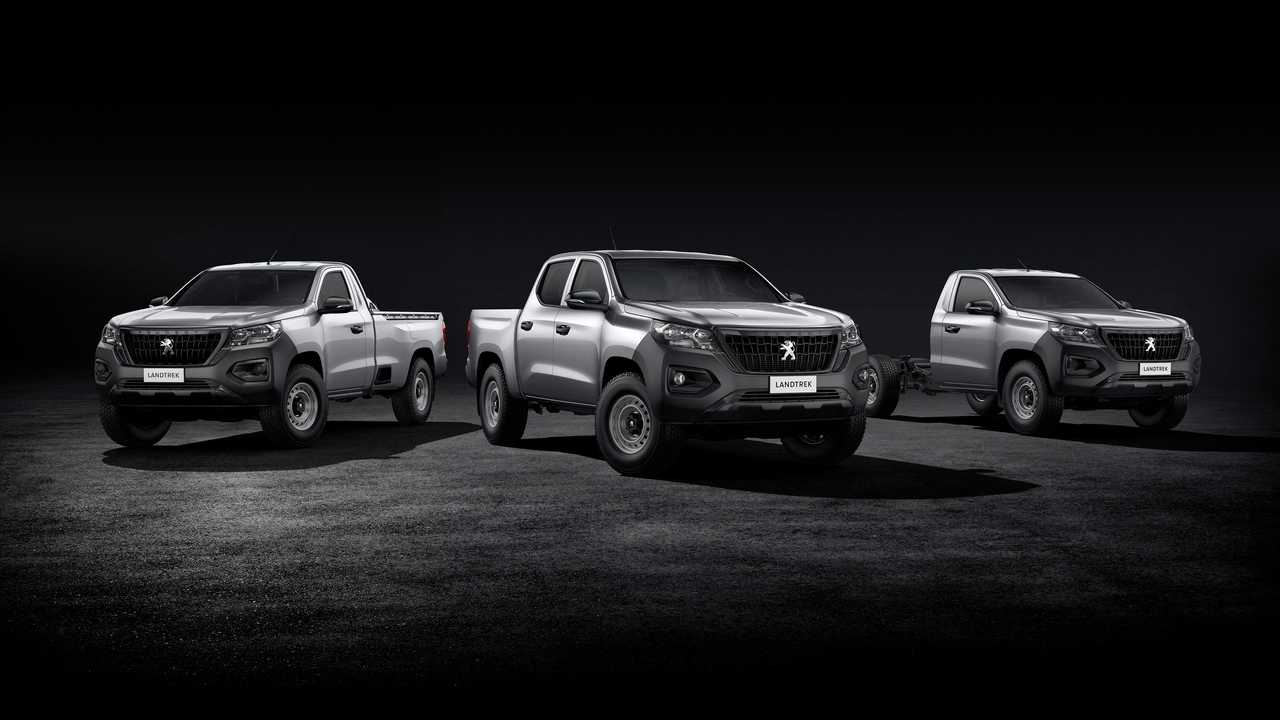 Peugeot has unveiled the Landtrek, essentially a redesigned Changan Kaicheng F70. The pickup truck is marketed as a rival of the Ford Ranger, Toyota Hilux, and Volkswagen Amarok.

The inside of the cabin looks the same as that of most Peugeot passenger cars. Options include a 10-inch infotainment display, a 7-inch digital dash panel, a two-zone HVAC, between one and four video cameras, and 27 liters’ worth of storage pockets and niches. The accessory list consists of four dozen entries.

The off-roading truck boasts a nice amount of road clearance at 235 mm (9.2 inches) and has decent approach, departure and ramp angles (30, 27, and 25 degrees, respectively). It can wade water up to 600 mm (2 feet) deep and comes with preinstalled drivetrain protection. Off-road wheels are available in sizes ranging from 16 to 18 inches.

Sales in Latin America and South Africa will begin next year. Peugeot promises to make the Landtrek available in other countries later on, but whether Europe or USA is on the list remains unknown.