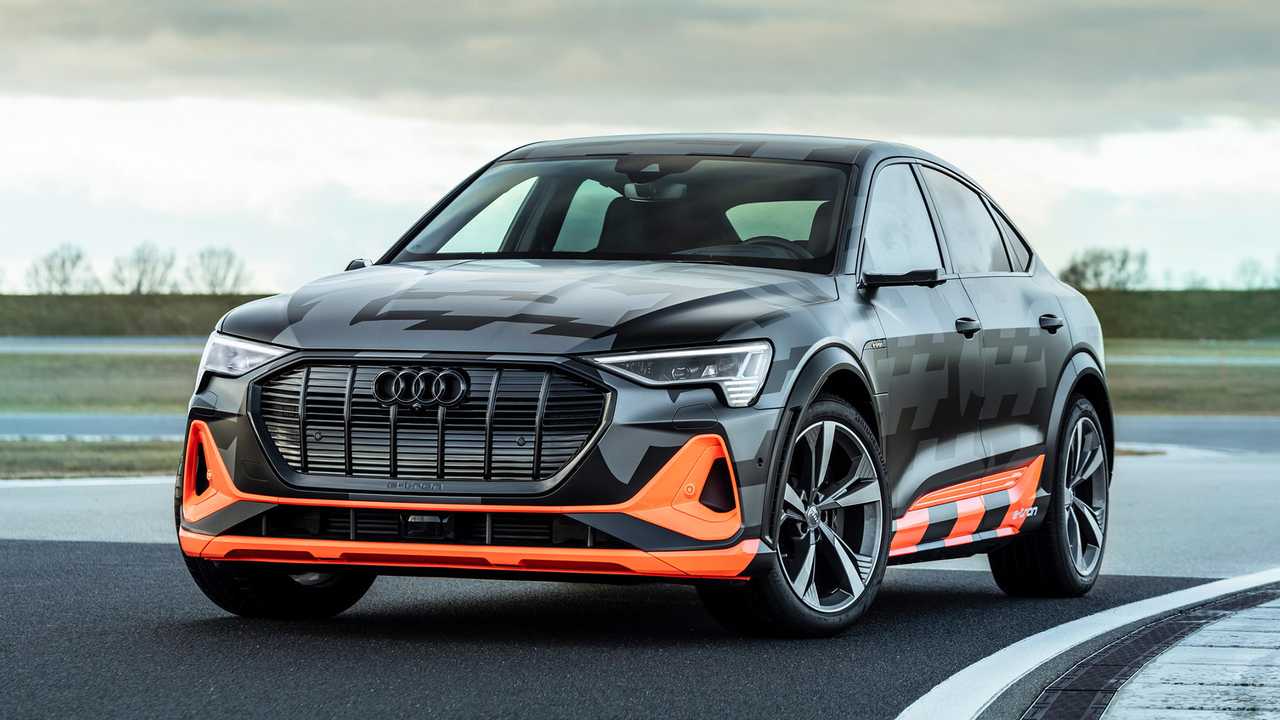 The original Audi e-tron Quattro Concept revealed in 2015 had three electric engines, so we were a bit disappointed to see the 55 quattro on sale with only two. Eighteen months after the launch, Audi fixes this with the new S line.

Both the standard e-tron SUV and its coupe-shaped sibling – the Sportback – can now be obtained in the new S spec, which moves the main electric engine of the 55 quattro from the rear axle to the front one. The power stays unchanged at 169 hp / 125 kW (standard) and 204 hp / 152 kW (temporary boost).

The 95-kWh traction battery remains unchanged in the new spec. The e-tron S comes rear-driven by default, with the front axle only coming into play when additional power is needed.

On the outside, the new series boasts redesigned front bumper and rear diffuser, wider wheel arches, and 20-inch wheels by default (22-inch ones are optional).