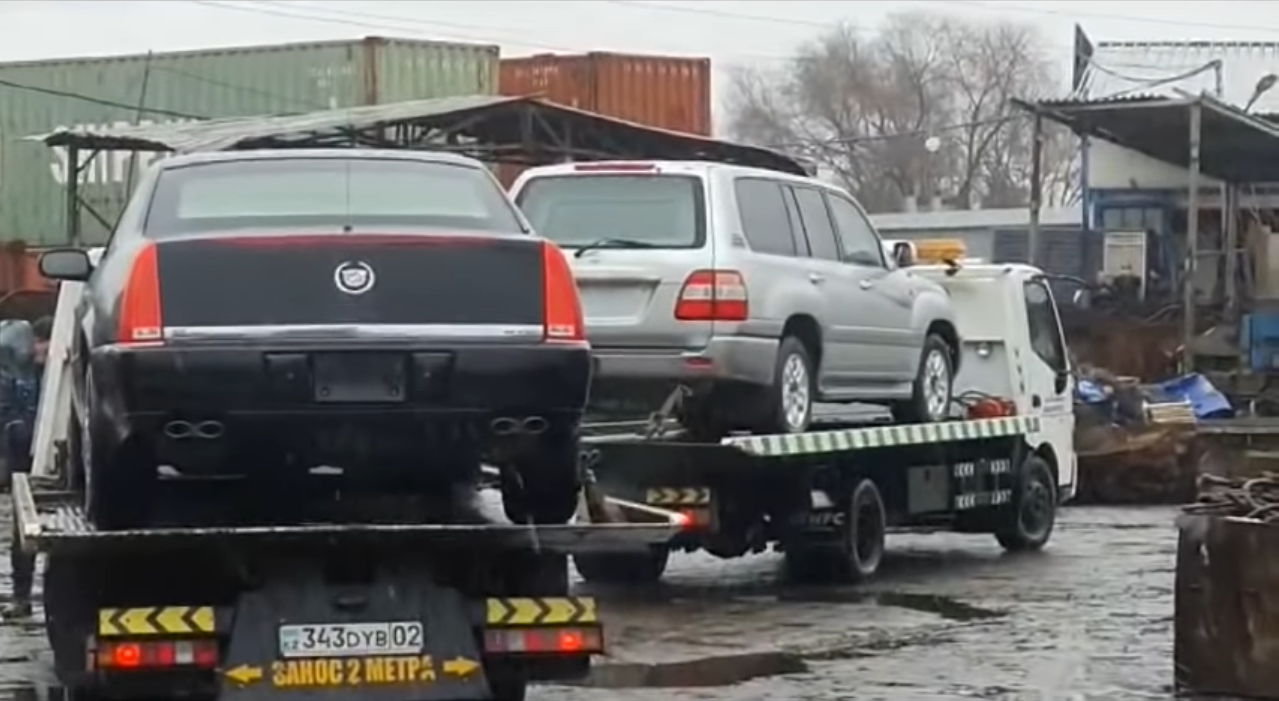 The footage shows seven cars that used to belong to the diplomatic workers of the U.S. Embassy in Kazakhstan get demolished for unnamed reasons.

The diplomats stood by, watching, as their five Toyotas (Land Cruiser 100, Land Cruiser 200, and HiLux), a Cadillac DTS, and a Chevrolet Suburban were crushed.

All seven vehicles look physically intact and in good condition, so the reasons behind the action remain unclear. Our best guess is that the cars had to be disposed of according to strict U.S. regulations, but shipping them back into the USA proved too expensive and selling into private hands downright unacceptable.