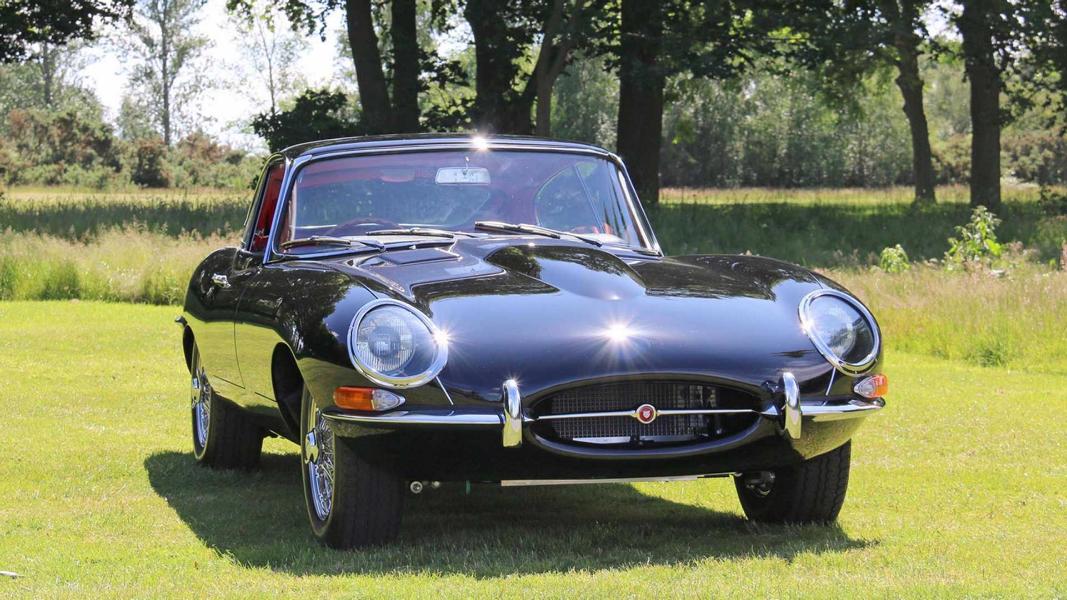 Back when Jaguar announced around three years ago that it was opening a new subdivision to restore vintage Jaguar cars based on electric powertrains, many were happy to hear the news. Tuner Woodham Mortimer was not, arguing that a true Jaguar has to be gas-powered.

This 1966 Jaguar E-Type restomod is a good demonstration of the principle. It boasts a 4.7-liter six-cylinder engine that was ‘proven in numerous races’, according to its creators. Despite the motorsports background, the 400hp (298kW) unit is street-legal and reportedly lends itself well to casual daily driving.

A five-speed manual transmission sends the torque to the rear axle, and modern brakes (six-piston at the front end, four-piston at the rear) ensure proper deceleration. The suspension is also not really six decades old and boasts stiffer springs alongside adjustable shocks.

The cabin is only partially made over with a stylish power-assisted wooden wheel, new pedal pads, and fresh trim on the seats.