Check out the Cadillac Escalade Mobile Office by Lexani Motorcars 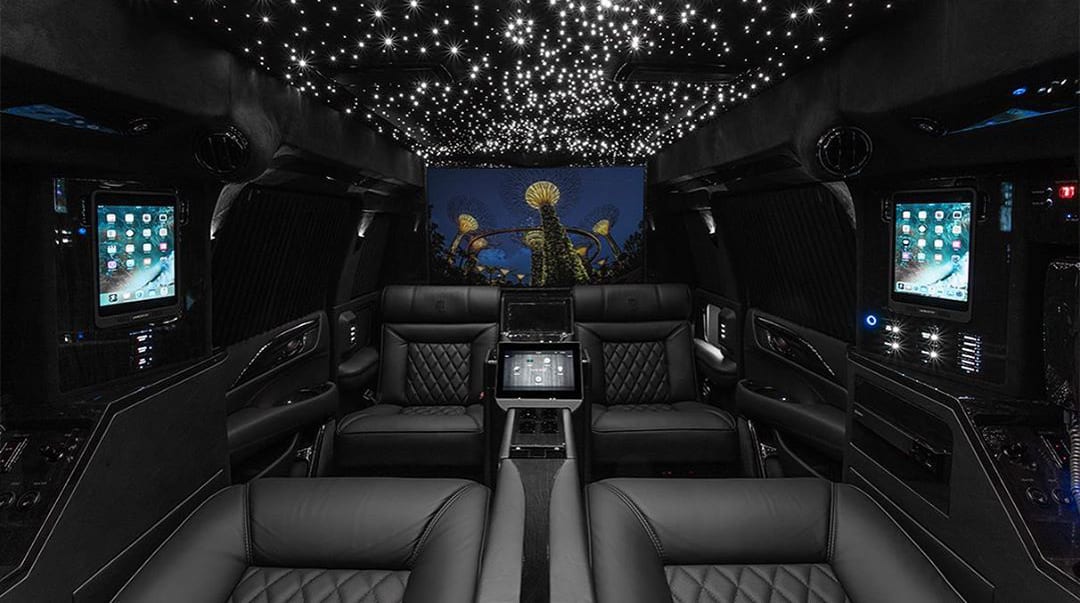 The California-based tuner is working on a deluxe conversion of the still-unreleased Cadillac Escalade Mk.5, called ‘Mobile Office’.

Four low-quality sketches is all that is available so far, but the previous-gen Escalade also received a similar conversion from Lexani, so watch the video if you missed it. The tuner introduces a special, in-house-designed body extension to enlarge the Escalade cabin to a small conference room size. The second and the third seat rows get two individual seats each, trimmed with quilted leather and separated by consoles housing sensor panels and tables. Numerous LED lights will adorn the black ceiling, creating the ‘Starry Sky’ effect pioneered by Rolls-Royce cars.

The new Cadillac Escalade won’t ship until closer to the end of this year, which means those looking for a Lexani Mobile Office will have to muster some patience until then. Each order will be customized as much as possible; clients will be able to choose everything, including even the length of the body extension part. This justifies the pricing range (U.S. $240,000 - $450,000) at least to some extent.