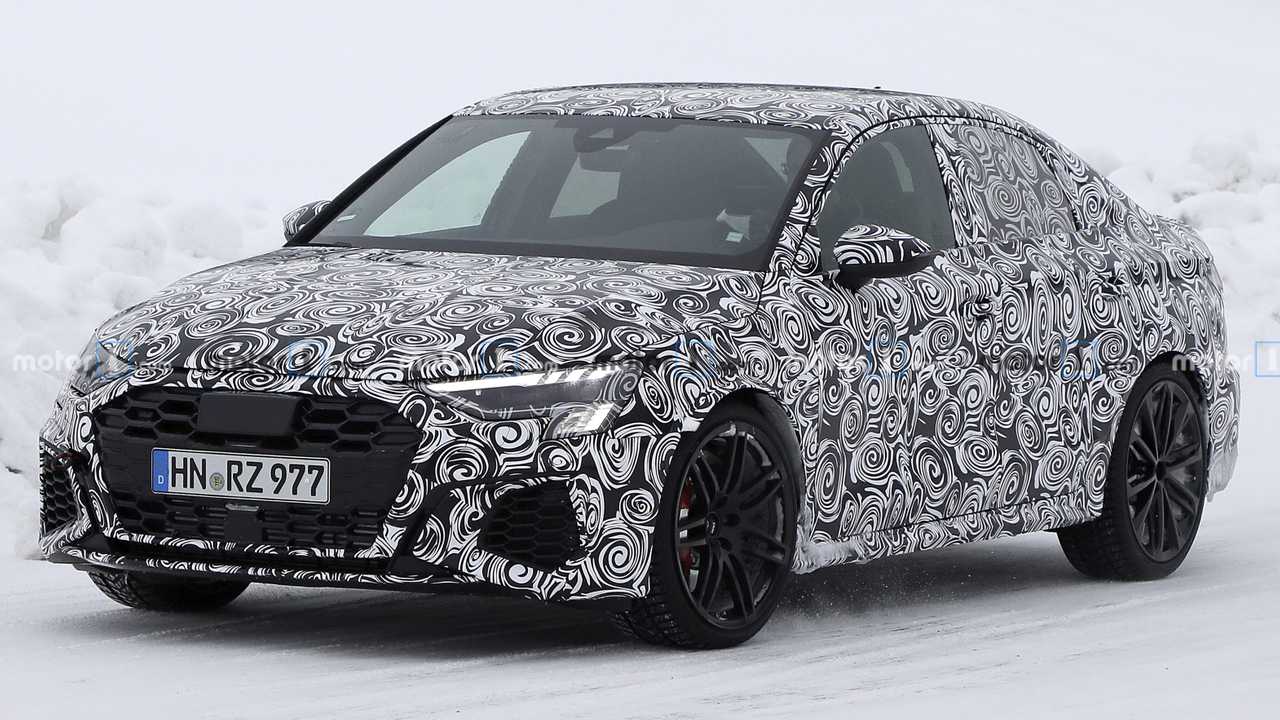 The hatchback version of the new Audi A3 has already debuted (watch the video if you missed it), but the sedan version is still running road tests, as does the range-topping RS 3.

Still, judging by these fresh spy photos from Sweden, the RS 3 is actually close to launch. There is no badge explicitly stating the model name, but the large front intakes, the oval tailpipes, the red brake calipers and other such indicators leave no other options.

The current-gen RS 3 shipped with a 2.5-liter turbocharged five-cylinder engine rated at 400 hp (298 kW) and 480 Nm (356 lb-ft) of torque, just like the Audi TT RS. We assume that the engine power rating stays the same, because this was the case with the recently revealed RS Q3 and RS Q3 Sportback.

Rumor has it that Audi has also been working on a particularly powerful spec called RS 3 Performance, packing 450 horsepower (336 kilowatts) or more. This seems plausible, given that both its main competitors – the Mercedes-AMG A 45 S and the CLA 45 S – pack the world’s strongest I4 2.0 rated at 421 hp (314 kW).

The test car might seem finalized and ready for production, but the Audi RS 3 sales launch will have to wait at least until the S3 has launched with 310 hp (231 kW) under the hood.