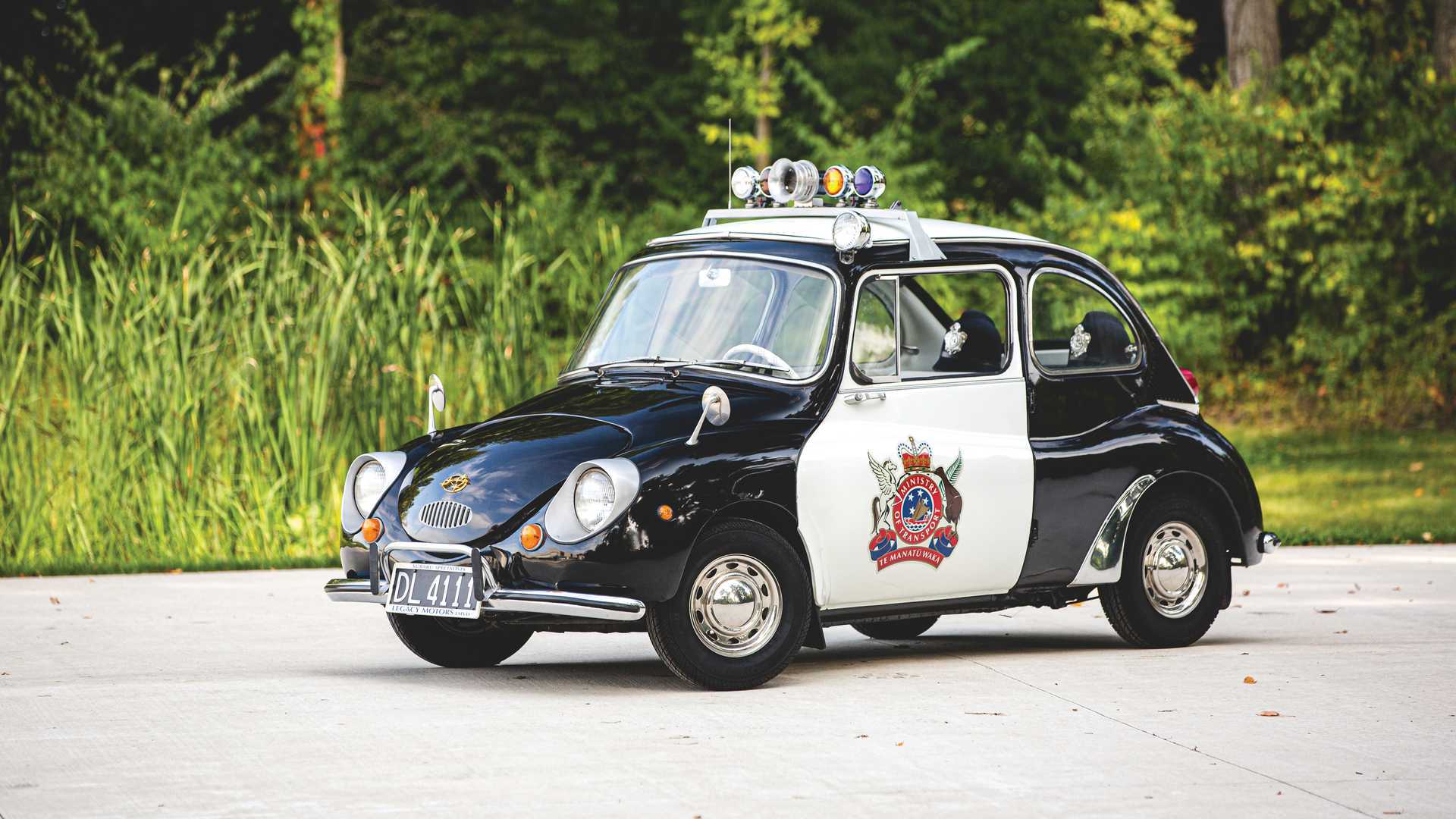 We are used to seeing well-equipped performance cars being used as police vehicles, but this was not always the case. Starting from 1970, this Subaru 360 has faithfully served the Police of New Zealand.

The tiny urban ride has been in production from 1958 through 1970, and the total run consisted of 400,000 units. This specific copy was produced at the very end of the cycle and retains its authentic police car equipment, including the black-and-white livery, the siren, and even two New Zealand Police hats on the front panel.

A modest two-cylinder engine sits under the hood, pushing 25 horsepower (18.6 kilowatts) to the wheels via a four-speed manual transmission.

RM Sotheby’s will auction the Subaru 360 in Indiana, USA on May 1, 2020. The starting price remains unannounced, but another such vehicle fetched U.S. $16,500 at an auction ten years ago.